Director Mark Mylod said of his new horror film The Menu, “I like the satire to speak for itself too… I hope it does” in an interview with Film School Rejects. As Tyler and Margot pay a high price tag to attend a fancy dinner at an acclaimed restaurant, they get something more terrifying than they anticipated. The movie delves into questions about wealth and privilege and has an intriguing premise as it’s hard not to be curious about what the couple finds here. The film has gotten a lot of buzz, which makes sense given the premise.

Fans looking for horror movies about parties and gatherings gone wrong can find many stories about guests put in scary situations and get-togethers that become evil in the blink of an eye.

Fresh was a hit at the beginning of 2022 about a couple who meets cute at a grocery store and then the woman realizes that the man is dangerous. Noa is like many watching the film: exhausted by even the thought of using a dating app again, let alone going on another dull date. Steve seems like a beacon of light but, of course, there’s more going on here.

One of the best horror movies on Hulu, Fresh is for the horror fan who has seen everything and doesn’t think that they can be surprised, as there are some shocking moments here. Noa is also a strong, riveting character to watch.

Stream on Fubo and DirecTV

Grace Le Domas in Ready Or Not can tell that marrying into a wealthy family might present some problems and hurdles to get through, but she doesn’t expect to be forced to play hide and seek after the reception is over… a game where she is being hunted, that is. The movie creates a confusing atmosphere right away since Grace doesn’t know if she can even trust her new husband.

Ready Or Not will appeal to fans of The Menu as both films feature characters who are brought somewhere strange because of the person who they love. In both cases, a regular dinner or wedding turns into something worse than the main characters could ever have thought. 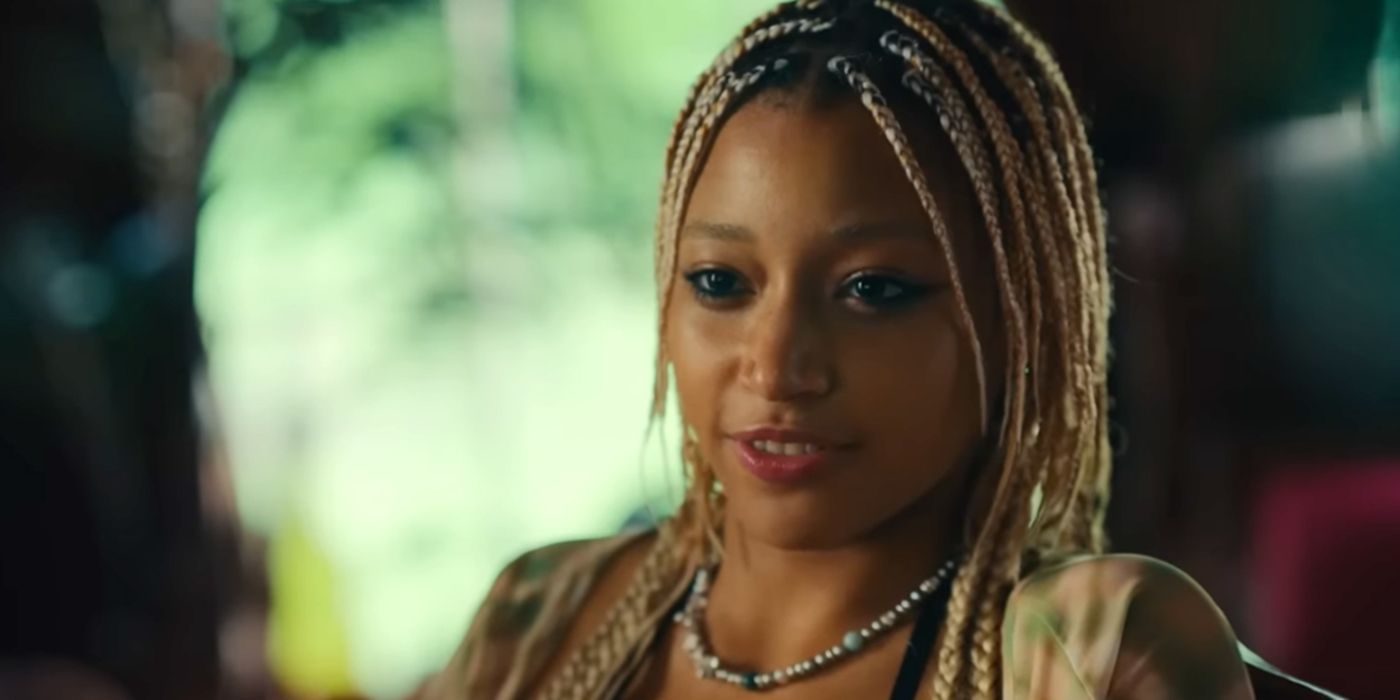 A fresh take on friends partying in a house in the country, Bodies Bodies Bodies is a fun murder mystery that examines whether a social group even really likes each other. As one person dies and they scramble to figure out who did it, the characters trade insults and share the innermost thoughts that they would normally keep to themselves.

Just as The Menu becomes a terrifying disaster, Bodies Bodies Bodies turns a regular party into a fight to survive. Both movies maintain a sense of humor and have a lot to say about people with money and privilege.

One of the best horror movies of 2021 that didn’t get as much attention as others, The Feast takes place at a gorgeous mansion in Wales. A rich family invites two people over for dinner and each family member begins to act strangely before the event happens.

The Feast is as surprising as The Menu and has an extremely dark ending as the characters are not who they seem to be. The movie itself is set in a beautiful area and the characters will haunt audiences after they have finished watching. This movie will particularly appeal to horror fans who want a film with an ending that they absolutely won’t guess.

Several slashers are about parties, popularity, and the social politics that are present in high school. While they can blend together, All The Boys Love Mandy Lane sees the main character going to a pool party thrown by a classmate and has a clever storyline that can’t be predicted.

All The Boys Love Mandy Lane has a twist ending and the characters have no idea what is really going on, just like Margot attending a fancy restaurant meal in The Menu. With countless slashers that have the same cliches and that wrap up in a similar way, it’s nice to see a film that takes another approach.

Stream on AMC+ and Tubi

In Would You Rather, all Iris wants to do is pay for her brother Raleigh’s cancer treatment. She attends a gathering and plays a terrible game in the hopes of winning the cash to help him out. This hook is heartbreaking and Iris has even more at stake than many horror movie main characters.

The movie is packed with tense moments and it’s hard to know if Iris will really go through with it, as the game is not for the faint of heart and is much worse than she thought it was originally. Would You Rather is more emotional than The Menu and it’s moving yet horrifying to see what Iris is doing.

Stream on Fubo and DirecTV

Scream (2022) has a big party at Amber Freeman’s house, which is where Stu Macher used to live and where the party in the first movie takes place. Horror fans looking for a movie about a gathering will want to revisit this one, especially given Scream (2022)‘s smart characters.

Just like the characters in The Menu are looking forward to a good time, Amber’s friend group has no idea what she’s really doing and they all attend the party with high hopes of having fun and forgetting about the fact that people are getting killed.

The main characters of You’re Next assume that they’re going to have a fun gathering when killers in masks appear, turning the evening into anything but a celebration. Erin is spending time with her boyfriend Crispin Davison’s family and quickly finds some toughness within herself to survive.

The slasher has a wise twist and proves that in the horror genre, even a family gathering can lead to a terrifying battle for survival. The movie has everything that slasher fans look for, including masks that feel more original than some others.

The Invitation is one of the best 2022 horror movies, with Evie Jackson being invited to a wedding that isn’t just an ordinary celebration but offers her the chance to meet family she didn’t even know about. Evie finds out an incredibly dark truth about these relatives.

Just like The Menu, The Invitation asks what a young woman would do if she found herself in a shocking situation with more danger present than she anticipated. Both Margot and Evie are strong, tough characters who make difficult choices to save themselves, making for compelling journeys.

Stream on Fubo and AMC+

Both a compelling horror film about a gathering and a sadder than most look at a family celebrating Christmas, Silent Night imagines a world that is about to end and the characters who are saying goodbye to each other. A deadly gas is coming for everyone living in England, which sets up a tense and chilling environment.

It’s clear that with such a terrible doom hanging over everyone’s heads, a nice celebration isn’t possible, but watching the family try to enjoy themselves while coming to terms with their deaths is moving.

NEXT: 15 Best Horror Movies On Netflix, According To Rotten Tomatoes

Previous article
Indo Western Dresses: Ethnic is Graceful with a classy western touch
Next article
How to Stand Up to a Dictator by Maria Ressa review – facing down despots | Autobiography and memoir