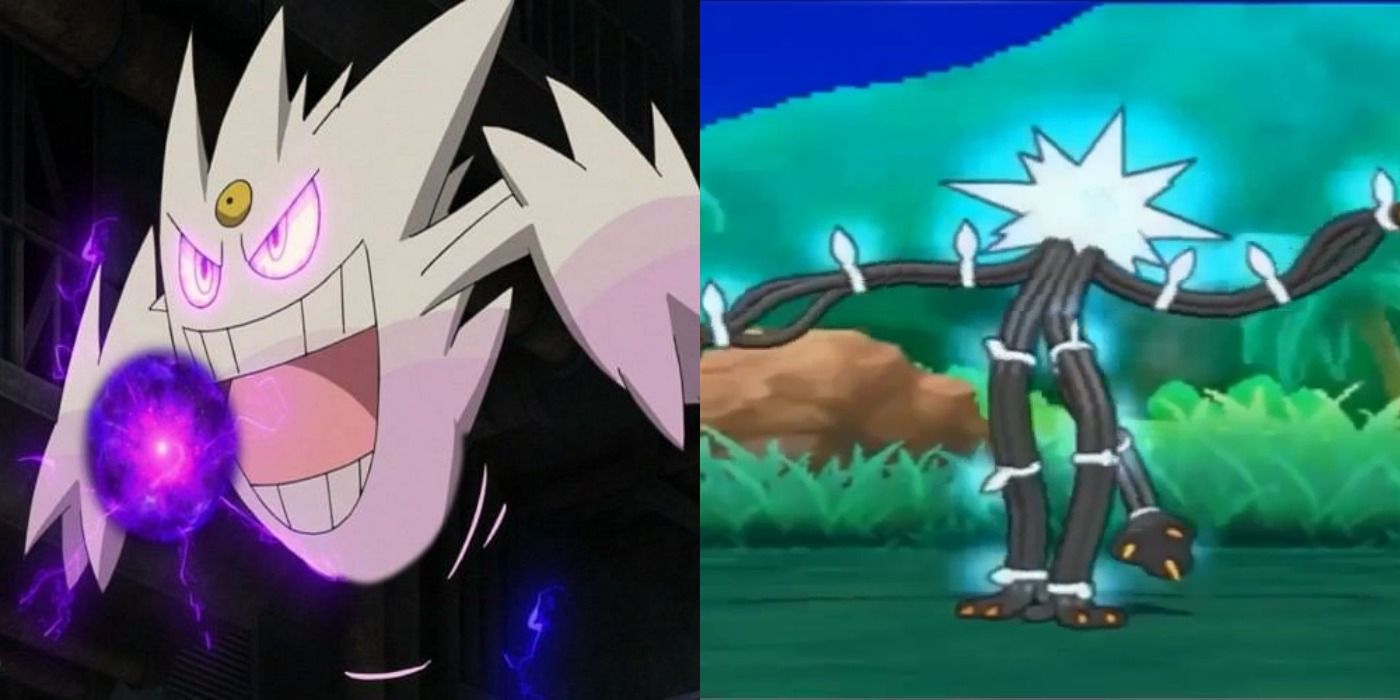 Special moves are one of the ways that Pokémon can inflict damage upon each other. They can come in the form of projectiles or long-ranged attacks, and they usually hit from a distance.

In order for a special move to be effective, a Pokémon simply must have a high special attack. These ten Pokémon have the highest special attack out of all the pocket monsters, doling out damage aplenty.

Ultra Necrozma is known by many to be every Nuzlocker’s worst nightmare, having ended every Nuzlocke with its sheer power. The reason behind the prism Pokémon’s dominance lies in its special attack, having a base stat of 167.

Ultra Necrozma is the only Pokémon able to use Photon Geyser (which can also be a physical attack, depending on which attack stat is higher), and with its Dragon-typing, it gets an extra kick to Dragon Pulse. Some coverage options that Ultra Necrozma has include Solar Beam, Heat Wave, and Dark Pulse.

Gengar is already a fairly strong (and cool) Ghost-type Pokémon, and a Mega Evolution turns this shadow Pokémon into a force to be reckoned with. In addition to a gaudy 170 special attack stat, Mega Gengar also sees a much-needed boost to both of its defenses.

With a massive movepool, Mega Gengar can easily bust out moves such as Shadow Ball, Sludge Bomb, Thunderbolt, Focus Blast, and many others. The fact that it can also outspeed almost any Pokémon that opposes it is the proverbial icing on the cake.

While Black Kyurem is more of a physical attacker, White Kyurem is mainly focused on the special attack side. Its unique typing gives it access to great STAB moves, such as Ice Beam and Draco Meteor. It even has access to Fusion Flare – the signature move of Reshiram.

Not only does Whtie Kyurem inherits Reshiram’s signature move, but it also gains its ability, Turboblaze. This allows White Kyurem to ignore certain Pokémon abilities, which in turn makes it a perfectly viable Pokémon in most situations.

Hoopa Unbound is the alternate form of Hoopa, which Hoopa can change into with the use of a Prison Bottle. And while Hoopa Unbound possesses a physical attack of 160, its special attack is only ten points higher.

Hoopa Unbound has a Dark/Psychic typing, which makes moves such as Dark Pulse and Psychic much more powerful. Add in a Nasty Plot, and Hoopa Unbound can easily wreck the opposition and sweep through even the most perfectly assembled team at free will. A Hyperspace Fury wouldn’t even be necessary.

Xurkitree sports the highest special attack out of the Ultra Beasts, with a blistering 173 base stat. A Beast Boost easily boosts its special attack after a Pokémon is KO’ed, but one use of a Tail Glow can really make boost Xurkitree’s already high special attacks to levels not meant to be reached.

In addition to Thunderbolt, Xurkitree can bust out other moves such as Signal Beam, Energy Ball, and Dazzling Beam. While all those moves are fairly modest, Xurkitree’s special attack can make them extremely powerful beyond words.

Much like Gengar, Alazakam is a special attacker who becomes more of a beast upon mega evolving. It might still be frail on the physical defense side, but it can still outspeed anyone with its high speed.

Mega Alakazam is a speedster that offers plenty of coverage. Its access to Shadow Ball can keep Ghost-type Pokémon in check, while moves such as Focus Blast, Signal Beam, and Dazzling Beam can take care of Dark-type Pokémon. Quite a shame that Mega Alakazam has nothing for Bug-types, though.

Primal Kyogre is somewhat of a mixed attacker, but its special attack is its highest stat. And its ability, Primordial Sea, is an upgraded version of Rain Dance, rendering any Fire-type move useless.

Being a Water-type Pokémon, Primal Kyogre can pull off a wide variety of Water-type moves. Its signature move, Origin Pulse, is one of the more powerful moves in its arsenal. Water Sprout, Hydro Pump, and Surf are all fantastic choices. If a Grass-type Pokémon gives Primal Kyogre any trouble, an Ice Beam can put them out of their misery.

Mega Rayquaza is an extremely balanced Pokémon, sporting a 180 in both physical AND special attack. It can KO just about anyone with one Dragon Pulse, although a stat drop from the very powerful Draco Meteor would probably bite it pretty hard in the back.

Sadly, Mega Rayquaza doesn’t offer much when it comes to Flying-type moves. It only knows one Flying-type special move, in Air Slash, and while it does have a 30 percent chance of making opponents flinch, it only has a base power of 75. However, Mega Rayquaza does know other moves such as Fire Blast, Blizzard, and Hyper Voice.

Attack Forme Deoxys honestly won’t last that long on the battlefield with its atrocious defenses, but that doesn’t matter at this DNA Pokémon can hit hard. Its Psycho Boost has a whopping base power of 140, although it does lower Deoxys’s special attack by two stages.

When it’s not completely obliterating Pokémon with Psycho Boost, Attack Forme Deoxys can dish out other moves, like Flash Cannon, Grass Knot, or even Mirror Coat. Anyone looking to have this form of Deoxys on their team better hope that this Pokémon can get a few good licks in before it goes down.

Regular Mewtwo already has a ridiculously high special attack, which is second only to Xurkitree among all base form Pokémon. So what does the Mewtwonite Y do? Mega evolves the genetic Pokémon and raises its special attack to levels perhaps not meant to be reached.

Mega Mewtwo Y owns the highest special attack out of all the Pokémon, with a monstrous base stat of 194. Its signature move Psystrike can deal massive damage, especially against those with poor physical defense. Ice Beam, Fire Blast, and Thunderbolt are just some of the coverage options that Mega Mewtwo Y has.

NEXT: 10 Pokémon Moves So Strong They Should Be Banned (& 10 Trainers Should Stop Using)