10 Best Tweets About Bonnie And Damon 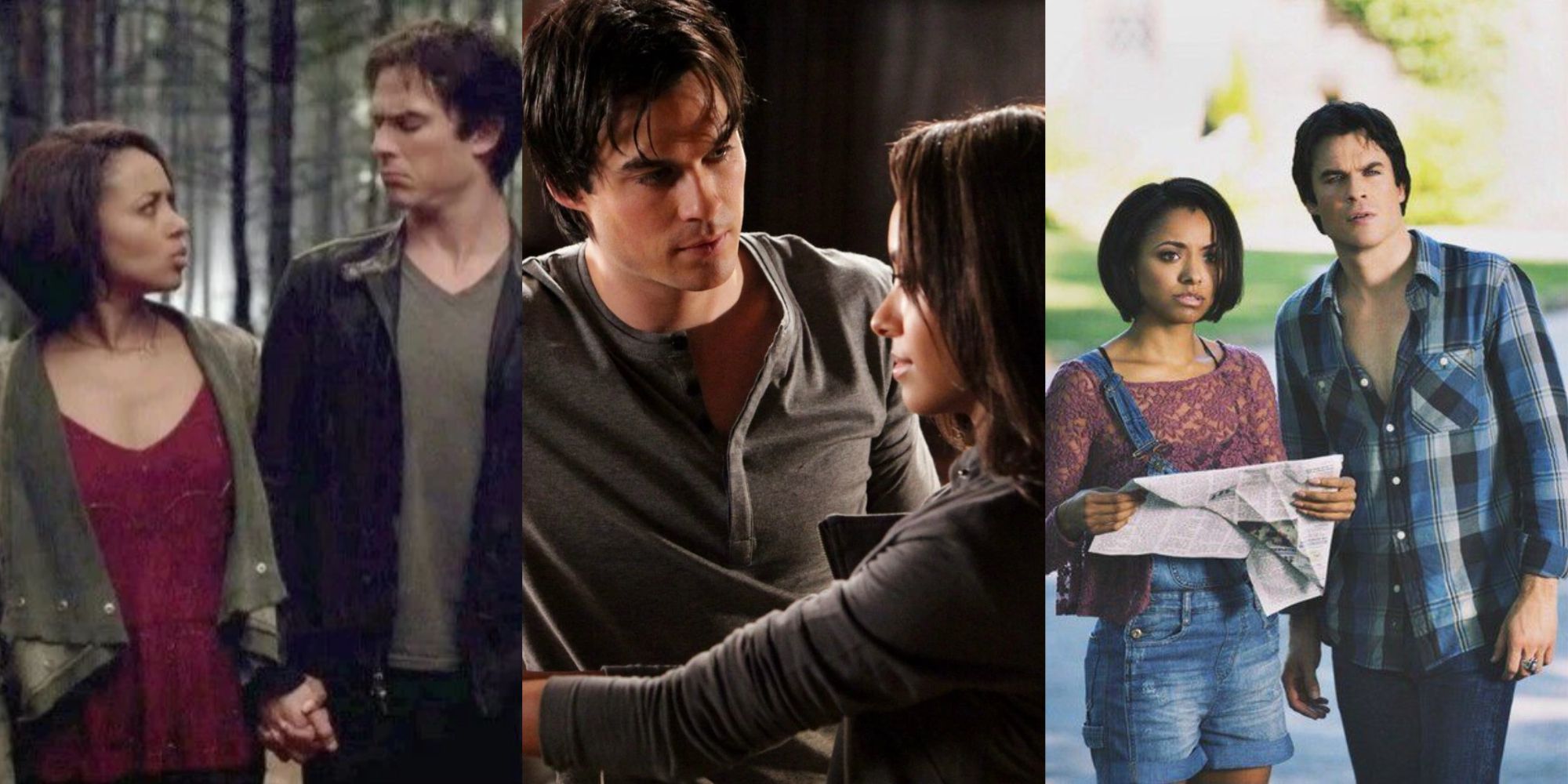 Netflix’s recent release, The School for Good and Evil, once more highlights the success of the opposite best friends trope, something fans of The Vampire Diaries will be all too familiar with thanks to two of the series’ most beloved characters: Damon Salvatore and Bonnie Bennett.

Damon’s selfish, ruthless nature initially clashed heavily with Bonnie’s selfless and life-preserving nature, not to mention their complicated vampire-witch relationship making matters even tenser between the two. Luckily, their time together in the prison world allowed their dynamic to transform into that of best friends, with many great tweets made to celebrate and remember their iconic relationship in the series.

Fans of L.J. Smith’s book series will know that in the original The Vampire Diaries series, Bonnie and Damon have a romantic storyline in the later novels, a relationship that was never conceptualized on-screen.

Related: 10 Worst Decisions Elena Made On The Vampire Diaries

However, the duo still had intense chemistry and many fans found the two to be a better match than one of the series’ favorites, canon, and endgame ships, Delena. This tweet reminds fans of the Elena-hate rampant in the fandom and how Bonnie and Damon deserved to end up together instead of only ever living for Elena.

Although there are many quotes that prove Damon and Enzo had the best friendship, Bonnie and Damon’s bond was a lot more intimate and rewarding than their relationship, or any of Damon’s other close friendships.

Not only did Damon and Bonnie push one another, but they also continuously bettered the other, whether it be through Bonnie keeping Damon kind and human or Damon pushing Bonnie to her full potential. The two had a deep understanding, kept one another grounded, and always knew what the other needed, like true soulmates.

Despite how fans may have felt about Elena, it’s evident that the show went considerably downhill without her, shown especially through seasons 7 and 8 bringing many of the worst The Vampire Diaries storylines.

Luckily, Damon and Bonnie were there to carry the show, entertaining fans with their separate storylines, constant banter, and their newly strengthened relationship that helped fill some of the huge void left by Elena’s blaring absence.

Bonnie Bennett undoubtedly ranks the highest out of all of Damon’s best friendships in The Vampire Diaries, with their endearing relationship being as iconic and adored by the fandom as his intense romance with Elena.

While Damon and Bonnie started out as bitter enemies who came together only for Elena, by the end of the series they were each other’s ride-or-die best friend, constantly protecting each other and their happiness whenever they could.

Damon and Bonnie started off on the wrong foot, with Damon’s selfish vampire tendencies clashing heavily with Bonnie’s selfless principles and high morals (not to mention his involvement in leading to several deaths).

Related: 7 Memes That Perfectly Sum Up Bonnie As A Character In The Vampire Diaries

However, as the series progressed, the two found more in common than just their mutual love for Elena, and – especially after being trapped in the Prison World together – they came to adore each other, forming one of the show’s closest, most genuine, and heartwarming friendships.

He may have started off as a ruthless and terrible villain, but there are many ways Damon got better and better in The Vampire Diaries, largely thanks to his friends who held him accountable, at the forefront of which was Bonnie Bennett.

Never afraid to call Damon out on his unruly, immoral, or just inappropriate behavior, Bonnie had a huge hand in shaping Damon into the more dependable and self-sacrificing man he was by the finale, a defining trait of their close relationship.

Damon and Bonnie seem to be a mismatched friendship; while Damon is the one constantly endangering others, Bonnie is the one who always comes to the rescue and saves everyone.

Related: 10 Things In The Vampire Diaries That The Show Later Retconned

This is part of why their friendship is so admired by the fandom. Their distinct personalities balance and complement each other to form a more holistic relationship that is both entertaining to watch as they bicker, but also worthwhile to see thanks to its growth and how it fulfills their separate characters.

Alaric Saltzman is another of Damon’s greatest relationships, with the two forming one of the best friendships in The Vampire Diaries’ seasons.

He and Bonnie were two of Damon’s biggest supporters by the end of the series, molding him into a decent person more than Elena ever did. Their joint efforts, along with how superior a fan ship between all three would be, are both referenced in this iconic tweet from Ian himself.

One of the most notable ways Bonnie changed from season 1 to the last episode of the series is how close she became to Damon Salvatore, the vampire she once fervently despised and used to constantly criticize.

Her character became so close with Damon’s that the two always tip-toed the line between friends and something much more, a palpable tension that was noticed by all the of fandom and especially Bamon shippers. While nothing romantic was made canon on-screen, the two still shared many intimate moments that highlighted their sizzling chemistry.

Season 6 proved to be a pivotal point in Damon and Bonnie’s relationship, with them being trapped together in the Prison World allowing the two to bond and form a strong foundation for their more intimate relationship that grows further in future seasons.

At first, it seemed unlikely the duo would ever be able to have such a civil and close-knit friendship, but they pleasantly surprised everyone, from the fandom to themselves, after their charming and painfully-repetitive domestic prison world life brought the two closer than ever before.

Next: 9 Actions “Good” The Vampire Diaries Characters Did That Rubbed Redditors The Wrong Way