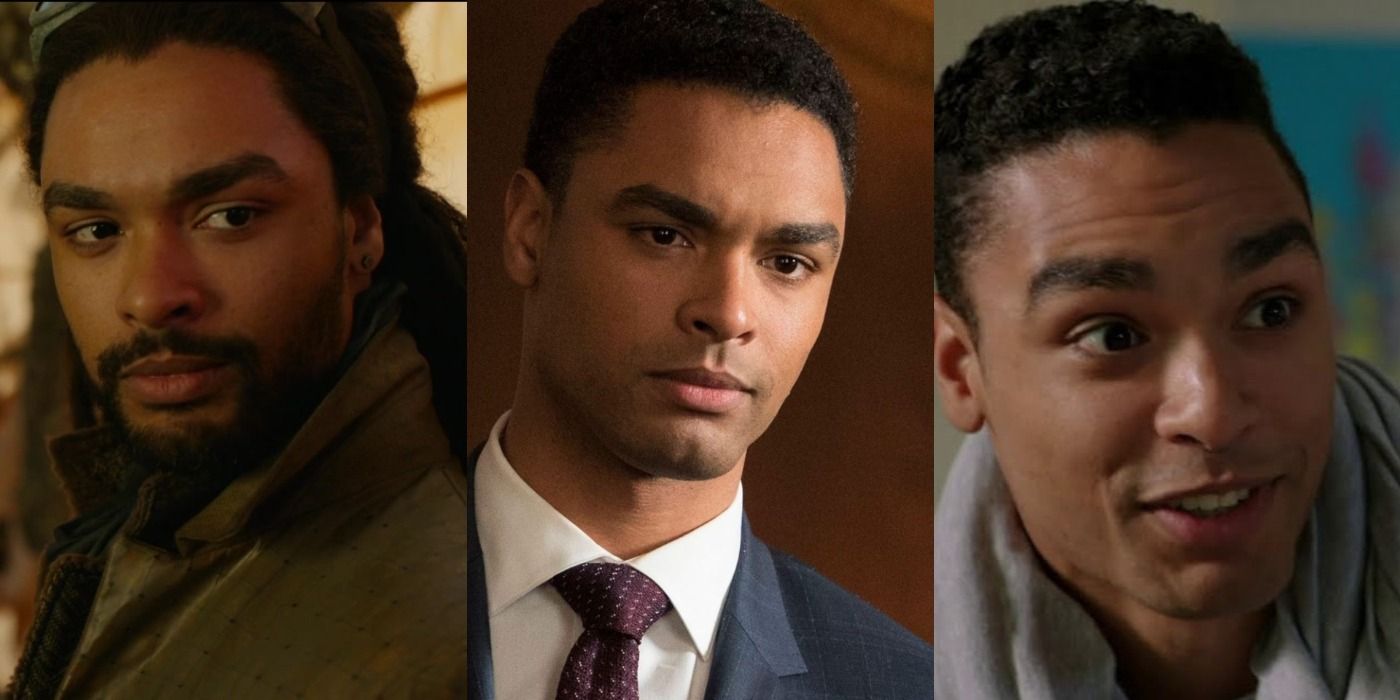 Regé-Jean Page has proven to be a real breakout star in 2020 due to the release of Netflix’s Bridgerton. The hit period drama that saw him play the role of Simon Bassett has allowed him to become a name that everybody is aware of. However, while it was the Netflix show that brought him new levels of fame, he has got several other credits to his name.

It isn’t just all about finding love as the Duke of Hastings for him, as Regé has been involved in other movies and television shows across his career. Whether it’s working as a teacher or a wizard, here are other places you can find him.

Updated on April 19th, 2022 by George Chrysostomou: As his star has continued to grow, Page’s filmography has also become more impressive. There is a wide range of fantastic projects to check out featuring the actor, ahead of some of the larger roles that will soon come to redefine his career.

While Sandman might be heading to Netflix as a TV show, it has already been adapted into an audiobook. The stunning cast of the piece really brought Neil Gaiman’s graphic novel to life in an unexpected way, and Regé-Jean Page jumped straight in as the character Orpheus.

Pitched more as a podcast series, he was amongst other legends such as Kat Dennings, Michael Sheen, and James McAvoy. As the son of Dream and Calliope, the character is incredibly complex and has been a part of other DC series like Fables. It’s available on Audible as an exclusive.

Set in 1950s Harlem, Sylvie’s Love should be a little familiar to Page considering he is no stranger to period pieces. However, the context is far different, as the story revolves around a saxophonist and a woman who works in a record shop, falling in love with one another.

Although he isn’t the lead, the film sees the Bridgerton actor take on the role of Chico Sweetney, who is heavily involved in a romantic subplot of his own. It’s a demonstration of the talent’s work in a different era and setting but plays upon some of the same strengths seen on Netflix. It’s currently available on Amazon Prime Video.

Fresh Meat is a hilarious British comedy that focuses on a group of university students who live in shared accommodation. The series follows the main characters as they struggle with finances and balancing study with their social lives.

Regé-Jean Page is only involved in two episodes of the show, which take place in the third season. He takes on the character of Dean who becomes friends with Josie, who appreciates the fact that Dean’s student house is clean and tidy, which is the total opposite of the lead characters’ home. He has a different personality from the main group, but that does set up some fantastic comedy for his two episodes. It’s currently available on Netflix.

Harry Potter And The Deathly Hallows: Part One (2010)

One movie that a lot of people likely aren’t aware that Regé-Jean Page appeared in is Harry Potter And The Deathly Hallows: Part One. It’s one of the biggest franchises of all time and it featured an amazing cast of actors, which just so happened to include the Bridgerton star.

RELATED: The Worst Decisions Characters Made In Season 2 Of Bridgerton

Regé-Jean Page actually has an uncredited role within this movie, however, he does pop up during the wedding of Bill and Fleur. He is shown dancing and enjoying himself in the background at several points in this scene, and clearly, he is a wizard. This is available on HBO Max.

Another role that Regé-Jean Page is known for is playing Leonard Knox in the series, For The People. The show was a legal drama and his character is an assistant Attorney, which is a totally different role from what people saw with Bridgerton.

The series looks at several different lawyers, focusing on both their professional careers and their general lives. It can be a very tense show with some major cases being covered, and it is an excellent series that he really thrived in. This is currently available on Prime Video.

Another movie that Regé-Jean Page has featured in is Mortal Engines, and unlike his Harry Potter role, this time he was credited. He plays Captain Madzimoyo Khora in this movie, who is an Anti-Traction League aviator, who is someone who is going against the grain in this movie.

After a major war, a decision is made to make cities mobile, putting them on wheels as they’re able to move them around. However, those in the Anti-Traction League are against that and instead focus on the traditional cities we know today. The movie has action and some real tension between the two sides, which makes for an engaging and interesting story. This is available to rent on all good streaming platforms.

This is a role that a lot of people outside of Britain likely aren’t aware of, as it was a Christmas special on BBC, with different actors taking on roles as they told the story of Cinderella. This was done in a pantomime style, so it featured all the usual over-the-top acting and actions that come along with that type of performance.

However, due to the pandemic, this is one that saw everyone acting from home, via Zoom. The likes of Olivia Colman and Helena Bonham Carter were also involved in this one, with Regé-Jean Page getting to play Prince Charming. This is currently unavailable to watch.

The story of Roots is a very emotional and important one, which focuses on an African man being sold into slavery. It is based on a book, which is a real-life tale about the author’s own family, and it certainly is a powerful series, looking at major moments in American history.

In 2016, BBC retold the original 1977 miniseries, utilizing more modern technology, and it did so in a fantastic way.  Regé-Jean Page was part of that, playing Chicken George who is involved in cock-fighting and has quite a complicated personal story. This is available on all good streaming platforms to rent.

Waterloo Road was a popular British series that focused on one school, showing the ups and downs that come with school life for both the students and the teachers. The series was filled with comedy and emotion and proved to be a real hit for BBC throughout its run.

Regé-Jean Page was one of the teachers in the show for the 10th season, playing Guy Braxton. He was a young trainee and didn’t have much money, which led to one of his storylines seeing him sleep at the school. His other main storyline was focused on the fact his sister was a student, who was played by Tahirah Sharif, who went on to feature in The Haunting of Bly Manor. Interestingly, his fellow Bridgerton actor Phoebe Dynevor was also part of the show several years earlier in 2009-10 as a student at the school. This is available on BritBox and BBC Iplayer.

NEXT: 10 Details You May Have Missed In Season 2 Of Bridgerton

Star Trek: Every Doctor On The Enterprise

Matthew Wilkinson is a Senior Writer with Screen Rant and has been part of the team since 2019. In addition to his work as Screen Rant, Matthew is also a writer of pieces at The Sportster. Matthew has a major passion for movies and television, enjoying a variety of genres from animation and horror to fantasy and thrillers.