Eagle-eyed 90 Day Fiancé fans noticed something odd in Mike Youngquists’ backyard when Natalie Mordovtseva was visiting him in Sequim in Single Life.

Mike Youngquist from 90 Day Fiancé has been allegedly growing marijuana at his Sequim farmhouse, according to fans who seemingly spotted a plant in his scene with Natalie Mordovtseva. 37-year-old Mike was smitten by Natalie when he debuted in 90 Day Fiancé season 7 alongside the Ukrainian actress. The couple got engaged in Paris, and Mike was visiting her in Kyiv when Natalie told him she wanted to get pregnant with his baby, even before she could move to the U.S. Back then, Mike told Natalie that he was unable to do so, as he wasn’t financially secure because buying the Christmas tree farm from his father put Mike in a $30,000 debt.

Mike and Natalie didn’t talk about babies when she moved to America, and they began living together in the eerie “woods” where his trailer was situated. Natalie left Mike a year later to go to sunny Florida, and returned after a year to ask him to take her back on 90 Day: The Single Life. However, Mike’s mother Trish Youngquist influenced his decision and made him certain about how he wouldn’t take the risk again. In one of the scenes where Natalie was wondering if Mike could come back to her, which was filmed at his house, Reddit user smokeweedandwatchQVC spotted a peculiar plant. They posted a screenshot of Natalie and Mike in the backyard of the house with a plant visible next to the BBQ. “Natalie brought Treesh flowers but it looks like she’s already growing some plants of her own,” they wrote in the caption, referring to a potted plant that Natalie gave Trish as a gift. 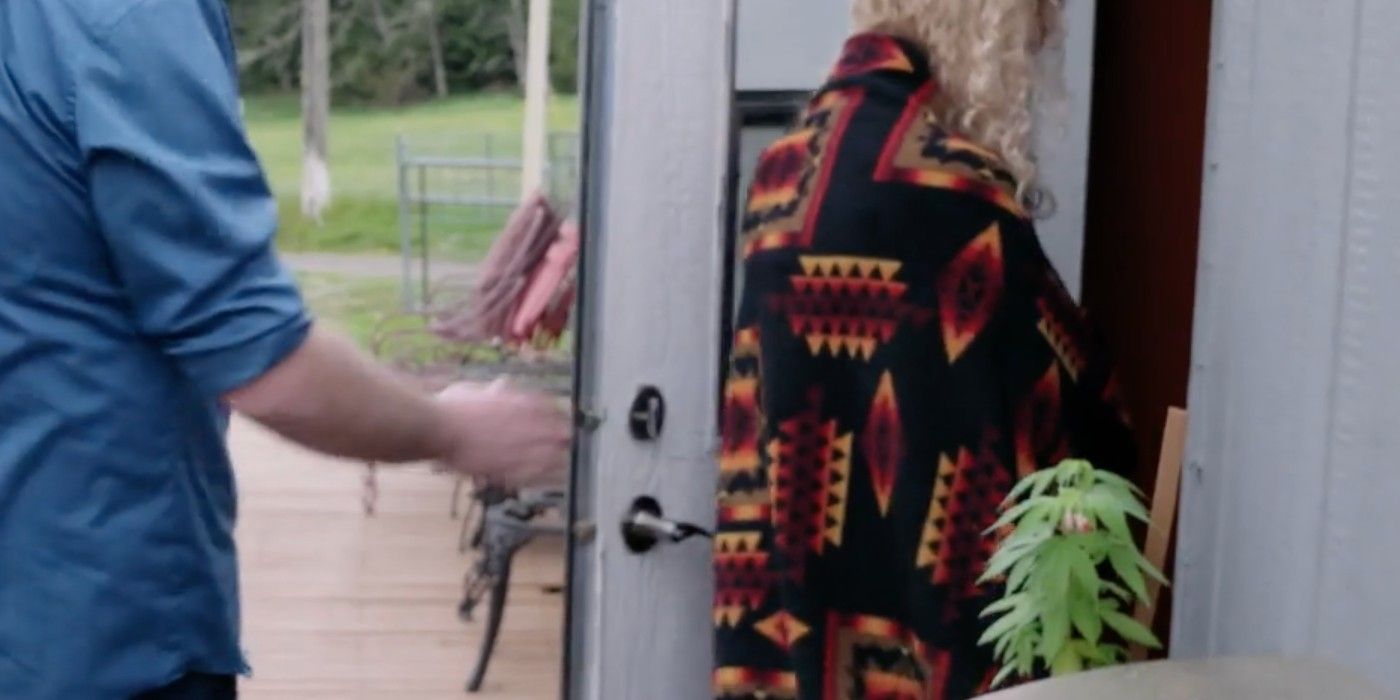 Reddit user AmbarElizabeth wrote, “man you guys are good. reddit is the best detective” in the comments, with user Sensitive_Maybe_6578 adding, “Legal in WA. Got some in my greenhouse,” about Mike’s plant. However, some fans believed that the plant wasn’t marijuana at all. A few argued it was okra, someone recognized it as tomato, and one 90 Day Fiancé fan was sure it was just a wild weed or a fern. “The way Mike is gazing lovingly at it makes me think it’s his,” commented user Duke_Newcombe and philamer3 poked fun at Trish by saying it was a “butter plant.”

Regardless, in an episode of 90 Day Diaries from May 2022, Mike revealed he had moved into a different house in Seattle. Mike’s job required him to drive for a total of six hours to get to his workplace and back to his Sequim farm. This is why Mike found an apartment five blocks away from his office. However, Mike did return to Sequim on weekends because his new roommate Trish had moved in. In June, however, it was reported that the 90 Day Fiancé star had put the property up for sale.

Mike was selling the house and the farm it was in for $675,000. It’s yet to be revealed if Mike has managed to sell the place and the plants that grow within it. Another mystery is whether Natalie was able to make up her mind and decide if she would continue dating her new love interest Josh Weinstein or become a faithful wife to Mike. Fans know that Natalie will be coming back for a new season of the 90 Day Fiancé spin-off, as she’s been spotted filming it, and quite possibly, Mike and his green thumb will also make an appearance while he continues to compete with Natalie’s love interest Josh.