Avatar 2 Theory Reveals What “The Way Of Water” REALLY Means


Avatar: The Way of Water might reveal a hidden significance to the seas of Pandora and the element Unobtanium with the film’s subtitle. James Cameron’s incredibly beautiful sequel Avatar 2 is already as groundbreaking a visual effects milestone as the original Avatar. Making use of revolutionary underwater motion capture technology, Avatar 2 will take audiences from the lush forests of Pandora to the planet’s deep and very blue seas, with the second trailer for Avatar 2 having also been released.

Avatar 2‘s trailer includes the line “The way of water connects all things, before your birth, and after your death” spoken by Lo’ak (Britain Dalton), the son of Jake (Sam Worthington) and Neytiri (Zoe Saldana). While Avatar 2 is obviously placing great emphasis on the oceanic side of Pandora, this line is one of numerous clues of the more profound presence of the Na’vi’s goddess Ewa in the ocean. Looking back at Avatar and ahead at Avatar 2, the mineral Unobtanium might also play a crucial role in this in acting as a link between the Na’vi, Pandora’s wildlife and environment, and Ewa herself.

RELATED: How Many Children Jake & Neytiri Have In Avatar 2

Unobtanium Seems To Be The Key To Avatar’s Ewa 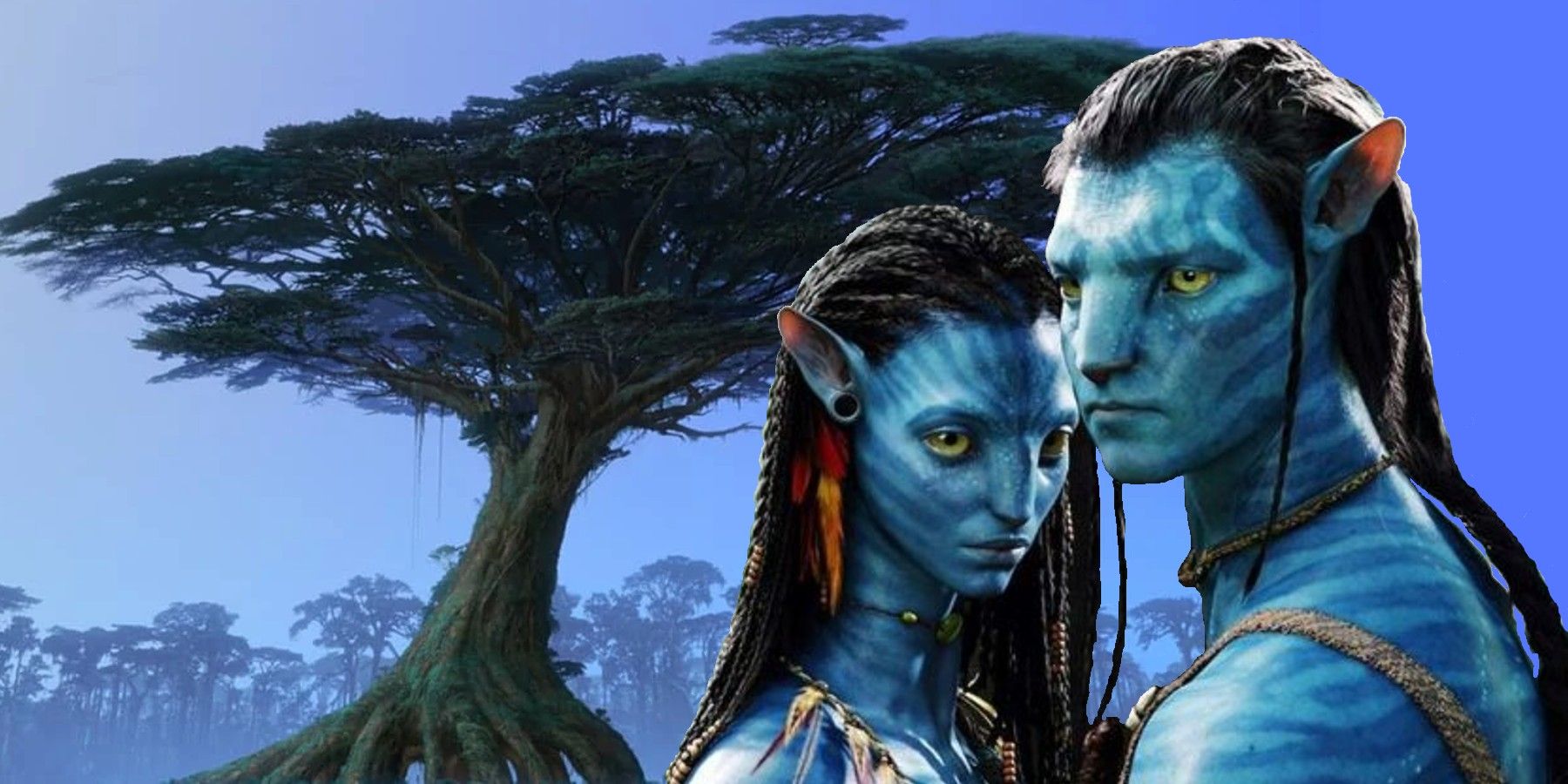 In Avatar, the humans mining Unobtanium from Pandora encroach on some of the Na’vi’s most deeply treasured locations, such as the sacred tree where Jake and Neytiri first confess their love for each other. Later, the Omaticaya’s Hometree becomes one of the main targets of the forces of Colonel Miles Quaritch (Stephen Lang), the tree being cruelly shot down in order for the Unobtanium beneath it to be successfully mined. A common feature of both is that the Na’vi’s spirit goddess Ewa has a very strong presence and connection to them at each location.

This indicates that the Na’vi’s soul tree (the site of Jake’s permanent transfer into his Na’vi body) is also home to a large Unobtanium deposit beneath it. With Ewa seemingly having her strongest presence in Unobtanium-rich locations on Pandora, this hints to the element itself being far more than just a mineral found in the planet’s soil. Unobtanium could actually be an elixir of sorts facilitating the consciousness of Pandora and the Na’vi’s connection to Ewa through it. This is where Avatar 2 bearing the subtitle of The Way of Water gets interesting.

The Waters Of Pandora Would Be Rich In Unobtanium

While Unobtanium is only established as being present in Pandora’s soil in Avatar, geology itself ensures that Unobtanium would also be found in vast quantities in the oceans of Pandora. This is due to the natural erosion of Unobtanium into the largest bodies of water from Pandora’s landmasses in the Avatar films, while the soil at the bottom of the sea is also likely to have large mineral deposits, including Unobtanium. That has major implications for the nature of Unobtanium as a conduit for the Na’vi’s connection to Ewa.

If a large presence of Unobtanium in a given area leads to a stronger presence by Ewa, the erosion of the element in Pandora’s oceans would make them the area of the planet where the Na’vi can most directly connect to Ewa. For the Na’vi, this would essentially make swimming in the ocean itself akin to being immersed in Holy Water. Everything from sailing to surfing would be a religious experience in the true sense of the term with Ewa’s presence making the seas of Pandora an ethereal aquatic realm. With more sea-faring Na’vi tribes to be introduced in Avatar 2‘s underwater story, that can only mean one thing for them.

RELATED: Whose Heartbeat Does Kiri Hear In Avatar 2? Is It Dr. Grace?!

With Ewa potentially having her strongest presence underwater due to the Unobtanium washed into the seas of Pandora, the Na’vi who call the ocean their home might have a unique relationship with the deity. Swimming under Pandora’s high seas, the Na’vi who live there might have experienced the presence of Ewa more palpably than any other Na’vi on the planet. Considering how close the forest-dwelling Omaticaya already are with Ewa, a swim in a Pandorian ocean could itself be a transcendental experience like no other. With the connection to Ewa being so literally immersive underwater, this could help place the long wait for Avatar 2 into more context, Cameron being intent on truly enthralling audiences with the feel of Ewa’s presence. It also shows the potential battleground Pandora’s oceans could become.

Quaritch and Earth’s Resources Development Administration believed they’d struck gold with the amount of Unobtanium found beneath Hometree, but that deposit could potentially just scratch the surface of the amount of Unobtanium there is in Pandora’s oceans. Not only could that make the planet’s seas an even bigger target for humans excavating the planet, but it could even set the stage for a battle for the fate of the entire planet. If Unobtanium were to be stripped from what is potentially Pandora’s most sacred location, the Na’vi’s connection to Ewa could be irreparably damaged. In a very real sense, the Na’vi might have to fight to defend Pandora’s oceans from human (and possibly Na’vi) villains in Avatar 2. Indeed, the Na’vi might well be literally fighting to defend the potentially crucial intermediary element between themselves and Ewa against the returning humans stopping at nothing to get it.

The Na’vi’s deep connection to Pandora and to Ewa being so literal could suggest that there are multiple levels and layers of how close one can get to Ewa as a living being. The Na’vi already have a strong bond to Ewa in their forest home, as the Omaticaya in Avatar exemplify, and the proximity of Unobtanium to their most sacred locations could be the literal key to Ewa’s presence being physically felt. As the possible connecting element between the Na’vi and Ewa, the great amounts of Unobtanium found in the aquatic depths of Pandora would make venturing there an incomparable metaphysical experience. In addition to the numerous Avatar 2 trailer reveals, that could also very well reveal the hidden meaning behind the title of Avatar: The Way of Water, with Pandora’s oceans the most treasured location in the Na’vi’s connection to Ewa and one that they may be called upon to defend against the movie’s villains waiting to strip the Unobtanium from it.

NEXT: Sigourney Weaver’s Voice Is Really Weird In The Avatar 2 Trailer