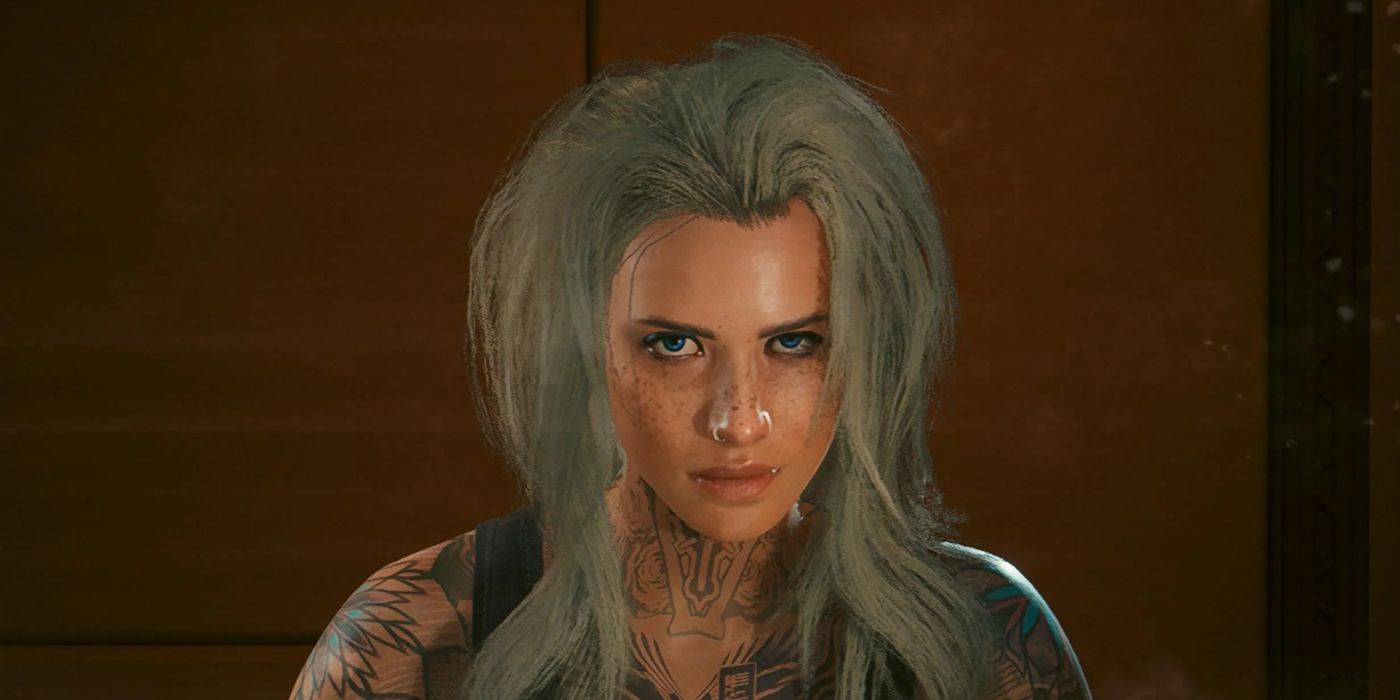 A Cyberpunk 2077 player compares the graphics of the base PS4 version of the game to the PS5 update to show just how much the graphics have improved.

A Cyberpunk 2077 player recently shared a screenshot comparison between the original version of the game and the recently-released current-gen console update. Fans have been waiting a long time for the PlayStation 5 and Xbox Series X version of CD Projekt Red’s postmodern FPS RPG to arrive, and they finally got their wish yesterday in the form of Cyberpunk 2077’s massive 1.5 update patch. Even better, CDPR is offering up a free trial version of this updated Cyberpunk 2077 for players who missed out when the game first launched back in 2020.

Cyberpunk 2077 has come a long way since its release, as the game suffered from several game-crashing bugs and glitches that led Sony to temporarily pull Cyberpunk 2077 from its PlayStation Network online store and served as an unfortunate strike on the goodwill that CDPR built with the critically-acclaimed The Witcher 3. Even worse, many of the interesting features that CDPR promised during Cyberpunk 2077’s nearly nine-year development cycle and intense marketing campaign were noticeably absent from the game that was released to the public. CDPR has since gone to work refining Cyberpunk 2077 with multiple update patches, and players have slowly but surely begun to warm up to the ambitious RPG title – at least on Steam, where Cyberpunk 2077 saw a wave of positive reviews when it was offered at a discount during the Steam Autumn Sale back in November. Yesterday’s Cyberpunk 2077 1.5 update was the biggest one yet, finally allowing players to experience the open world of Night City in full 4K resolution.

Related: How to Update PS4 Cyberpunk 2077 to PS5 Version

The contrast between Cyberpunk 2077’s updated visuals on the PlayStation 5 and Xbox Series X was made all the more apparent by a post from Reddit user ipod117 (via Game Rant) not long after the 1.5 update first went live. In this post, ipod117 compared a screenshot of their custom version of V looking at herself in a mirror in the pre-update PS4 version of Cyberpunk 2077 with a similar shot rendered on the PS5 in 60fps. Sure enough, the second image looks significantly improved over the PS4 version, with V sporting more natural-looking hair and skin amid more dynamic lighting. Ipod117 notes that they haven’t taken a third picture with Cyberpunk 2077’s ray-tracing capabilities enabled, but they might do so if the users in the comment section request it. So far, ipod117’s post has gained roughly 1.1k upvotes, with other players praising the PS5 version of Cyberpunk 2077 and joking that ipod117’s could be mistaken for a cosplay photo.

Overhauled graphics are far from the only improvements yesterday’s 1.5 update brings to Cyberpunk 2077, as several of the missing features that fans have been asking for since the base game launched have now been added. Players can now change V’s appearance after first creating their character at the start of the game, rent out apartments for V to spend the night with Cyberpunk 2077’s many available love interests, and even customize their original living space in Megabuilding H10. CDPR has also included several additional weapons and side quests to go with updates to Cyberpunk 2077’s Cyberware and Quickhacking systems.

It’s no secret that Cyberpunk 2077 had a rough beginning, but it seems like the game is finally evolving into the immersive current-gen experience fans were promised during Cyberpunk 2077’s long and troubled development cycle. This rings especially true for the game’s graphics, as the dark, neon-lit world of Cyberpunk 2077 looks better than ever on the PS5 and Xbox Series X.

Next: Is Cyberpunk 2077 Worth Playing Now

J. Brodie Shirey is just a simple man trying to make his way in the universe, but aren’t we all? He currently lives in York, Pennsylvania. He is a big comic book, video game, and science fiction fan, and likes writing articles for ScreenRant or scripts for some of his crazy TV show ideas.


A graduate from York County School of Technology, he’s self-published several books on Amazon, and once won 1st place at a regional computer fair for a CGI animated short. He might post it on Youtube someday. He hopes that working for this site will be his first step into the larger universe of online writing, since Megazord technology hasn’t been invented yet and he doesn’t seem to have any Force powers. You can check out his work at The Uncanny Fox, purchase his books on Amazon.com, see his posted scripts on Script Revolution, or see his portfolio here or here. He can also be followed on Twitter @FoxUncanny.