Netflix was barred from using Eton College as a filming location for The Crown after the streaming giant was accused of publishing a ‘sinister’ tweet about the Royal Family, it has been revealed.

The £14,000-a-term all boys school, in Windsor, Berkshire, said it wanted nothing to do with the hit series, which chronicles the lives of the British monarchy throughout the 20th century.

It comes after senior palace sources reacted with anger in December last year after Netflix posted a tweet inviting viewers to watch a documentary on Princess Diana which they claimed would provide ‘answers’ to criticism of its flagship drama.

Critics had said The Crown’s account of the breakdown of Prince Charles‘s marriage to the Princess of Wales was ‘distorted and at times downright inaccurate’.

‘Eton didn’t want anything to do with The Crown,’ a source at the 581-year-old school told the Daily Mail.

‘It’s very much aware of the criticism of the series.’ 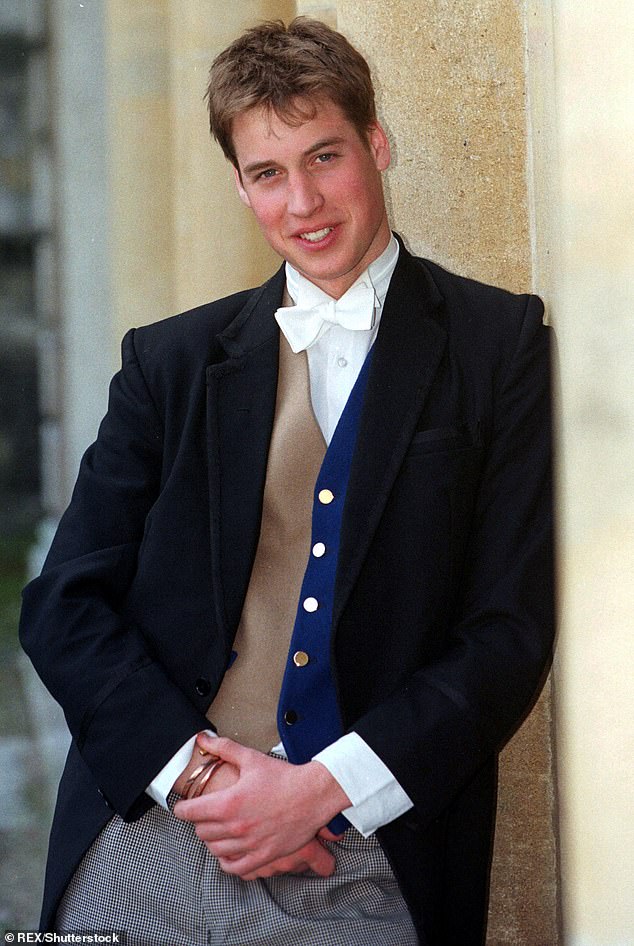 The Crown’s forthcoming series is set to be controversial, as it will cover Prince William’s reaction to the breakdown of his mother Princess Diana’s marriage to Charles (Pictured: William at Eton College)

Netflix’s post promoting Diana: In Her Own Words, was accompanied by a video that painted the Duchess of Cornwall in a particularly unedifying light by appearing to imply that she was seeking to remain romantically involved with Charles right at the start of his marriage to the Diana.

The post was accused of prompting a wave of online abuse towards both Prince Charles and Camilla – with many of the messages too vile to print.

While Eton shunned the hit series following the furore, the historic college’s rival, Winchester College, in Hampshire, was chosen as a filming site instead.

The Crown’s forthcoming series is set to be controversial, as it will cover Prince William’s reaction to his parents’ marital breakdown. 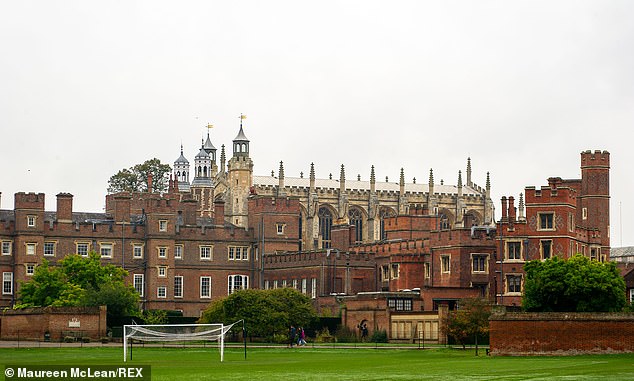 Eton College (pictured), the £14,000-a-term all boys school, in Windsor, Berkshire, said it wanted nothing to do with the hit series, which chronicles the lives of the British monarchy throughout the 20th century

Eton’s decision follows in the footsteps of Buckingham Palace and Althorp, the stately home owned by Diana’s brother.

‘The Crown asked if they could film at Althorp and I said obviously not,’ Earl Spencer revealed.

‘The worry for me is that people see a programme like that and they forget that it is fiction.’

A Netflix spokesman denied that it had made an official request to film at school, but confirmed: ‘We have, however, been filming at Winchester College.’

In December last year, Netflix used one of its Twitter accounts, NetflixFilm, to promote the documentary Diana: In Her Own Words, based on audio tapes she secretly made for biographer Andrew Morton.

Its tweet stated: ‘The documentary answers much of what you’re asking.’

The post was accompanied by carefully edited real footage with a voiceover by the late princess, painting Camilla in a negative light. 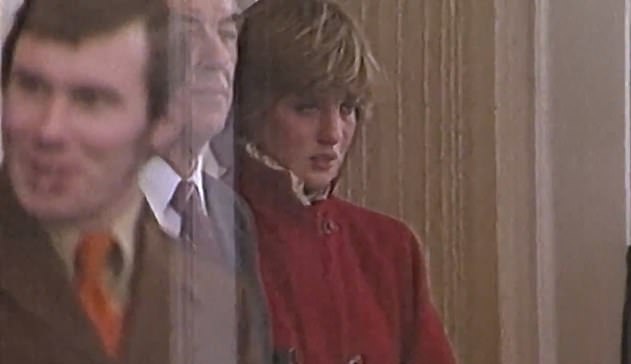 In damning clips of Diana used in ‘sinister’ trailer for the Netflix documentary, Diana: In Her Own Words, Diana is heard saying: ‘You may recall me sobbing…’ 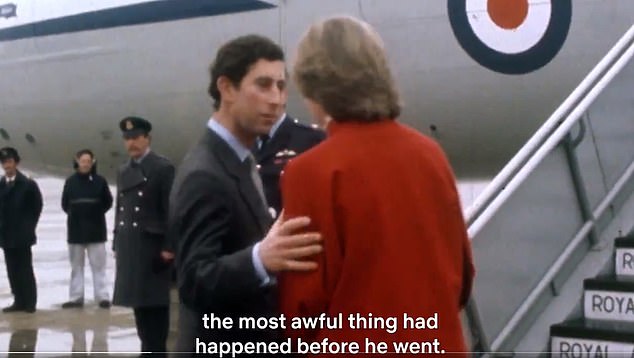 ‘…that was nothing to do with him going [on a royal tour]…’ but after Camilla called him before his trip. The documentary is based on audio tapes she secretly made for biographer Andrew Morton 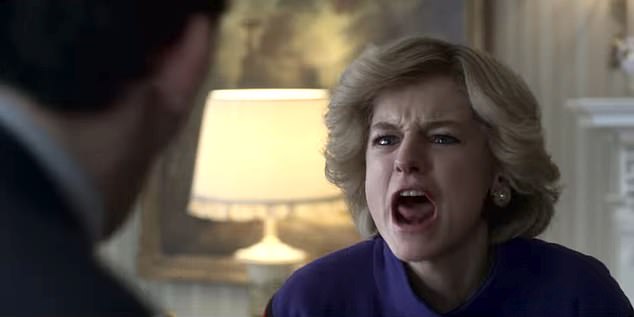 Critics have said The Crown’s account of the breakdown of Prince Charles’s marriage to Diana is ‘distorted and at times downright inaccurate’. Pictured: Emma Corrin playing Diana in The Crown as she shouts at Charles, played by Josh O’Connor

In the voiceover, Diana was heard describing how she received a letter from Camilla inviting her to lunch after Prince Charles had gone on a five-week tour of the US, Venezuela, New Zealand and Australia.

She said the lunch was ‘very tricky’ and Camilla had asked her if she would be joining them on future hunting trips, with the implication that she would be able to see Charles without Diana there.

Diana is also heard explaining footage and photos of her crying as Charles left on his tour, saying that she shed tears because, just before his trip, Camilla had called Charles while she was in the room.

She is heard saying how she ‘left them to it.’

Another part of the voiceover relays Diana describing how she was ‘devastated’ when she found a bracelet Charles had had made for Camilla.

However, according to royal biographer Penny Junor, Charles gave Camilla the bracelet during a final lunch with his ex.

It is also well-known that Prince Charles had almost no contact with Camilla for the first five years of his marriage to Diana. Contact is believed to have resumed in 1986.

The Banana Republic Comeback Has Begun!

To beat Kartana in an Ultra Beast Raid,...

The Banana Republic Comeback Has Begun!

One of the major challenges facing brands today—especially...

To beat Kartana in an Ultra Beast Raid,...