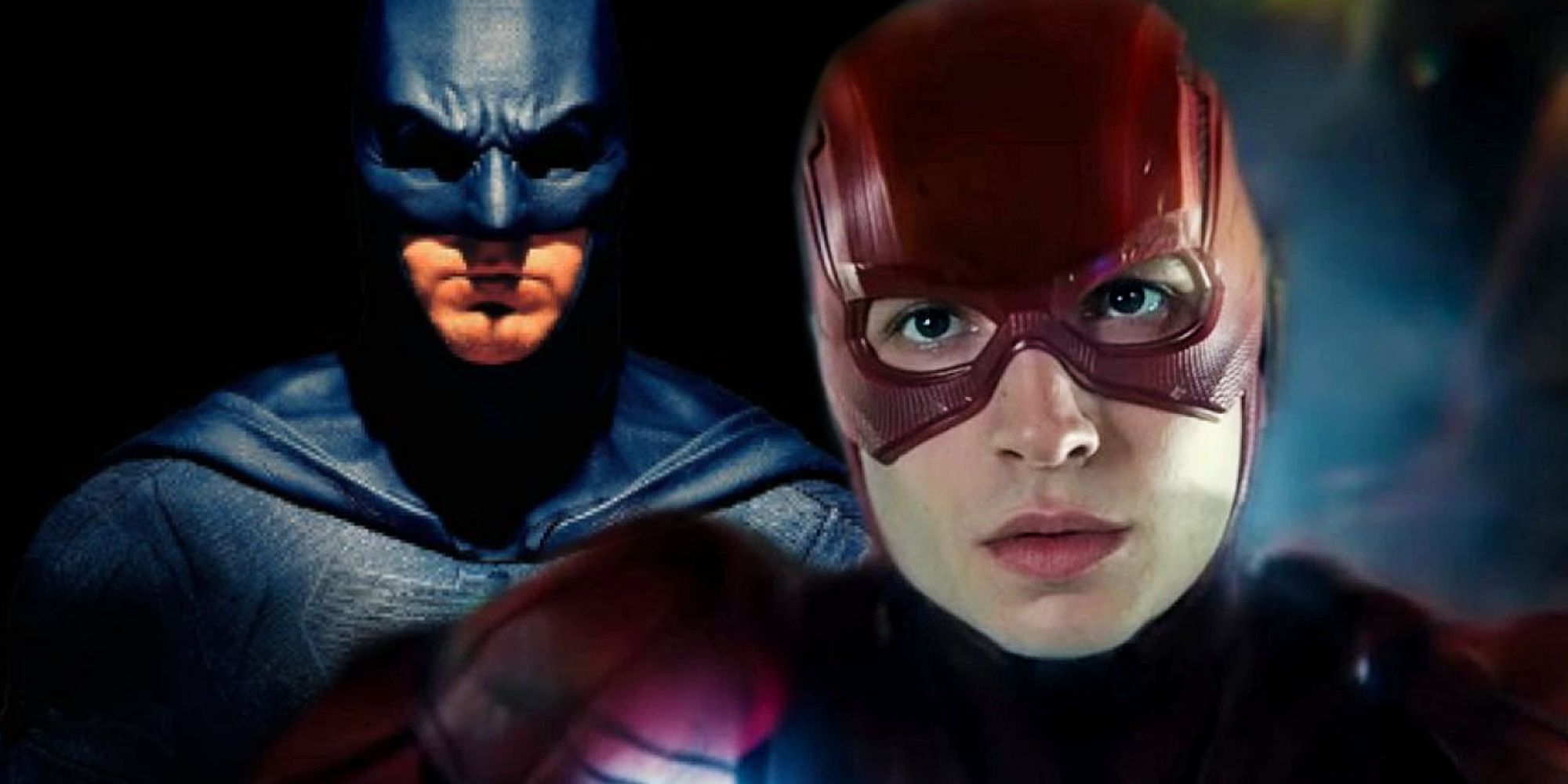 Ezra Miller’s cryptic social media post has fans convinced that Ben Affleck’s Bruce Wayne/Batman will continue to appear in the DCEU after The Flash.

Ezra Miller’s latest social media activity may have hinted that Ben Affleck’s Batman will continue appearing in the DCEU after The Flash. The pair will share the screen once again in Andy Muschietti’s upcoming Warner Bros. film. However, if fans are correct in their assumptions, it may not be their last.

After co-starring in Batman V Superman: Dawn of Justice and Justice League, Affleck reunites with Miller in The Flash as he reprises his role as Bruce Wayne/Batman. This is despite the actor formally already leaving the DCEU. His exit motivated Warner Bros. to reboot the Caped Crusader again with Robert Pattinson, who is set to be introduced in Matt Reeves’ The Batman. However, Affleck may not be bidding his DC superhero role just yet, as Miller may have hinted that The Flash won’t be his final outing as the Bat of Gotham on the screen.

Related: Why Makkari Doesn’t Run In Slo-Mo In Eternals (But DCEU’s Flash Does)

Taking it to his official Instagram account, Miller posted a screenshot of an article that talks about Affleck’s final appearance as Batman in The Flash. The actor then wrote over it with “HAHAHA,” as if mocking the news. Check it out below with the image courtesy of Twitter fan account, The Flash Movie News:

It hasn’t been long since Miller also posted a cryptic video taking on the KKK, and so without any clear context from his latest post, it’s best not to assume what it actually means. For what it’s worth, Affleck himself confirmed that The Flash would be his final performance as Batman, and popular theory suggests that the character would actually die in the film. Instead, Michael Keaton’s Bat of Gotham, who will also be in The Flash, will be the DCEU’s primary version of the iconic character. That being said, there’s also the possibility that there has been a new behind-the-scenes development that changed Affleck’s Batman’s fate in the franchise. If this is the case, fans of his version of the character would be very pleased, especially since DC Films hasn’t really been able to properly explore his story.

As for what it could mean for Pattinson’s Batman? Nothing significant at this point. The younger iteration of the Dark Knight exists in a separate reality from the DCEU. This means that his story is exclusive from Affleck’s older version. However, considering Warner Bros. and DC Films’ efforts to establish their multiverse, it isn’t out of the realm of possibility that they eventually cross paths in the future. But that depends on if Affleck really continues his stint as the Caped Crusader after The Flash.

Accidental movie fan who is perpetually curious, Ana rekindled her love for writing several years back and married it with everything pop culture. The result is a passionate young writer who could ramble (and of course, pen) about films and series multiple hours a day. She has a soft spot for The Lion King, old songs, and home design; is currently obsessed with old sitcoms (The Golden Girls!); and won’t dare watch any horror films although she’s (ironically) dying to see one. Though a bit late to the party and was an actual Force non-believer, she now finds the Star Wars franchise quite fascinating (fun fact: it was a crazy Jar Jar Binks/Sith theory that drew her in).