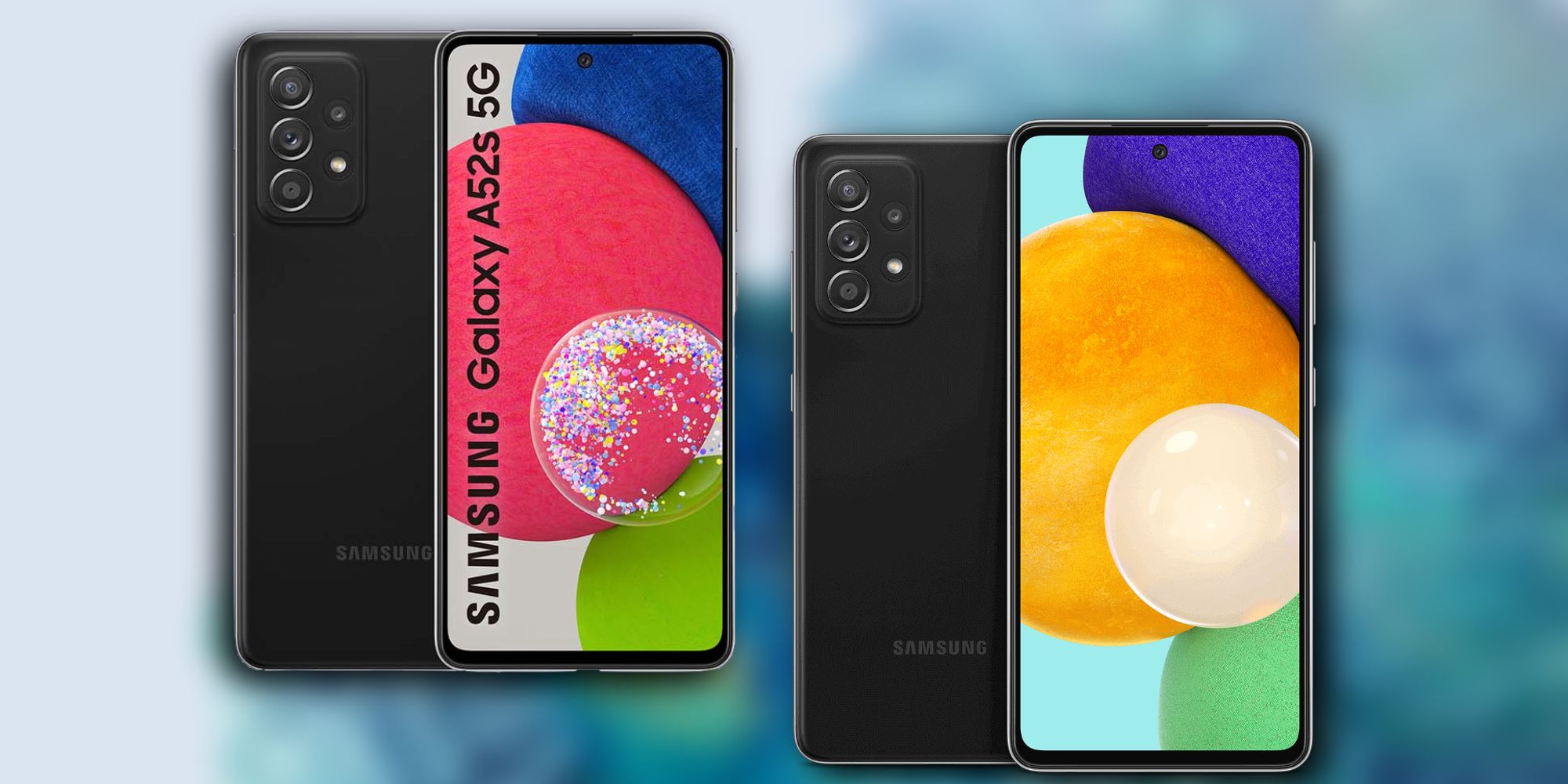 The Galaxy A52s 5G and A52 5G are two of Samsung‘s best budget smartphones  — but which one is ultimately worth someone’s hard-earned dollars? To say that affordable smartphones have come a long way in recent years would be a considerable understatement. Getting a quality phone for $300 – $400 used to be unimaginable, but today, there are plentiful options. Thanks to handsets like the Pixel 3a, OnePlus Nord, and iPhone SE, cheap smartphones are better today than they’ve ever been before.

Among all of the companies out there, Samsung has shown some of the most substantial growth in this area. Its budget phones are shipping with dramatically improved specs, nicer designs, and that hard work is paying off. In Q1 2020, the Galaxy A51 was the best-selling Android smartphone in the entire world. The Galaxy A52 5G debuted in March 2021 as a highly-anticipated successor, followed by the A52s 5G just a few months later that August.

Taking a look at the phones side-by-side, there’s virtually zero physical difference between the two. They both feature a plastic construction, three rear cameras, and a 6.5-inch AMOLED display. The specifics of that display are also identical, with both the A52s 5G and A52 5G touting a 2400 x 1080 resolution, 120Hz refresh rate, and Gorilla Glass 5. There are many smaller similarities, too, including an in-screen fingerprint sensor, USB-C port, stereo speakers, and a 3.5mm headphone jack.

The Galaxy A52s 5G Has Three Advantages Over The A52 5G

In all honesty, there’s just one major difference between the A52 5G and A52s 5G — and that’s the processor. The former is equipped with the Qualcomm Snapdragon 750G, while the latter has the Snapdragon 778G. Both are octa-core chips, but the 778G benefits from a more efficient design. Where the 750G is based on an older 8nm fabrication, the 778G is a 5nm chip. That should result in slightly better CPU performance and potentially longer battery life. The A52s 5G also has a more capable Adreno 642L GPU compared to the Adreno 619 in the A52 5G. There only other benefit of the A52s 5G is its Bluetooth performance — offering Bluetooth 5.2 technology compared to Bluetooth 5.0 on the A52 5G.

Related: How Fast Do Galaxy Buds Charge & How Long For A Full Charge?

There is one more thing separating these two phones, and that’s the price. The Galaxy A52 5G has an MSRP of $499 and is often discounted to $425 or less. Samsung has yet to announce U.S. availability for the A52s 5G, but its £409 price is roughly equal to about $561 USD. If someone lives in a market with a choice between the two, it’s hard not to keep recommending the regular A52 5G as the phone to get. It’s cheaper, the Snapdragon 750G is still very capable, and the more affordable price is hard to argue with. Unless someone absolutely needs better CPU and GPU performance, sticking with the A52 5G makes the most sense.

Other Android Phones To Get Instead Of The A52 5G

While the Galaxy A52 5G is the better choice compared to the A52s 5G, things become more interesting when looking at other smartphones currently available. Take the Motorola Edge (2021) as an example. It has the faster Snapdragon 778G chip, 8GB of RAM, a 5,ooo mAh battery, and a larger display with an even smoother 144Hz refresh rate. The Motorola Edge (2021) technically retails for $699, but Motorola frequently sells it for the same $499 that the Galaxy A52 5G costs.

If you’re OK spending a little bit more cash, the Google Pixel 6 drives a hard bargain for its $599 asking price. For just $100 more, the Pixel 6 is a dramatically better phone than the Galaxy A52 5G. It has a much more capable Google Tensor processor, far superior cameras, and exclusive software features like Magic Eraser and  Now Playing.

And those are just a couple of alternatives. The OnePlus 9 is frequently on sale for $599, the Galaxy S20 FE can often be found for $499, and the iPhone 11 now retails for $499. It just goes to show how much variety is really out there. The Samsung Galaxy A52 5G may be a clear choice over the A52S, but when you throw other phones in the mix, things get much more complicated. Consider all of your options, think about the features that matter most to you, and make your decision from there.

Joe has been actively writing and talking about consumer tech since 2012. His biggest passion lies with smartphones, but he’s happy to talk your ear off about just about anything with a CPU. He lives in Kalamazoo, MI with his wife, two cats, and pit bull/boxer mix.