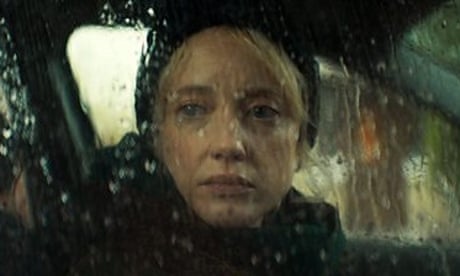 Andrea Riseborough is a powerful actor who could bring emotional complexity to a tomato ketchup advert. Here she’s intense in an understated way as a grieving mother who becomes convinced that the girl next door is her daughter, back from the dead. That reincarnation storyline is not unfamiliar, and to be honest it made my heart sink a bit at first. But this atmospheric and unsettling slowburn drama from Northern Ireland pulls it off, just.

Riseborough plays a woman called Laura whose daughter Josie died several years earlier; she lives in Antrim with her husband Brendan (Jonjo O’Neill) and their teenage son Tadhg (Lewis McAskie). They are a family getting on with it, bearing the unbearable. But beneath the dinner table banter, you sense that each of them is alone with their grief. Riseborough signals Laura’s loss and longing in every movement; it’s there in the way she holds herself stiffly upright, like she might fall apart from heartbreak. When 10-year-old Megan (Niamh Dornan) moves in next door, Laura invites her round for tea and picks her up from school in the car. Megan appears to know things that only Josie would know, recalls places that she can’t possibly have seen. Laura starts to believes she is Josie.

This authentic-feeling portrait of family grief then unfolds into something more uneasy, and director Stacey Gregg whips up the mood of a horror film. There’s a jangling score and unnerving camerawork: a creepy drone shot of the family’s ordinary semi at the start and interiors shot in a way that makes the house feel eerie.

The question of whether this is a ghost story or if Laura is experiencing a kind of psychological breakdown twists and turns in ways that lost me by the end. Still, it’s is a very accomplished debut from Gregg, and acted with subtlety and sensitivity by Riseborough.