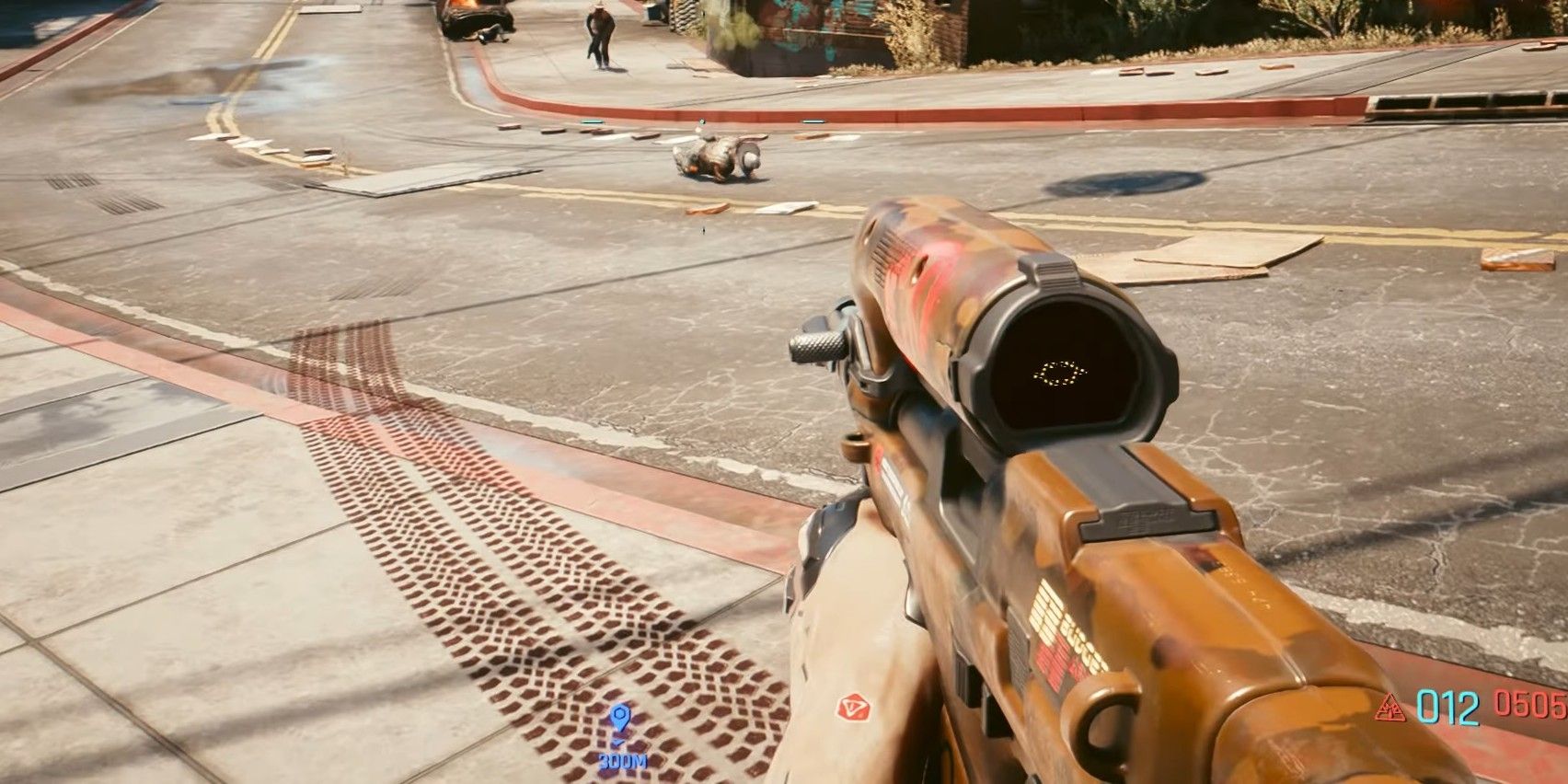 The new Budget Arms Guillotine is a powerful SMG that players can unlock in Cyberpunk 2077, and its bullets can ricochet off of surfaces.

CD Projekt RED has made massive improvements to Cyberpunk 2077 through update 1.5, bringing new weapons for players to unlock like the Budget Arms Guillotine. The Guillotine is a powerful SMG that, depending on the rarity level, allows players to add multiple mods in addition to a muzzle attachment. Additionally, the Guillotine also has a scope on it by default that provides a slight zoom, allowing players to fire with accuracy from a moderate range.

Like other weapons in Cyberpunk 2077, players can find the Guillotine at Wilson’s 2nd Amendment store in Megabuilding H10, but it’s not something that players will be able to afford immediately. For the Epic quality Guillotines, players can expect the weapon to cost around $32,000, so it’s definitely a weapon that needs to be carefully reviewed before buying it. Even two Guillotines of the same quality can have slightly different perks and stats, such as their elemental damage, bonus ricochet damage, critical damage, and more.

Fortunately, Wilson’s 2nd Amendment store isn’t the only place that players can find the new SMG in Cyberpunk 2077. The Guillotine can also be found in the streets of Night City among the more hostile NPCs, similar to the new weapon attachments in Cyberpunk 2077. Since the Guillotine is classified as a Power Submachine Gun, players will have to be especially careful when fighting enemies that have it. The bullets of all power weapons have a chance to ricochet off of surfaces, so firefights that put players in between a cover place and a wall may actually bring more harm than protection.

Best Weapon Attachments For The Guillotine SMG In Cyberpunk 2077

While the Guillotine is powerful on its own, some of the new weapon attachments in Cyberpunk 2077 can improve upon its strengths and weaknesses. The major drawbacks to using the Guillotine are its flash when players ADS and its recoil pattern. Although the recoil pattern is somewhat predictable, the weapon’s firepower forces players to compensate as soon as they begin using the SMG. As players continue to complete Cyberpunk 2077’s new quests, it can be challenging to rely upon the Guillotine during a firefight consistently, even with NPC backup.

With the new muzzle brake attachments, however, players can more easily control the Guillotine’s recoil pattern and reduce its overall flash. The best muzzle brake that players should equip on the Guillotine in Cyberpunk 2077 is the RC-7 Yokai, which can also be found in Night City or at Wilson’s 2nd Amendment store. This attachment increases the chances of bullets ricocheting off of surfaces and the degree to which an SMG or Assault Rife’s bullets ricochet. Additionally, it will also increase the overall bullet damage of any weapon that has it equipped in Cyberpunk 2077.

Kaleb is a freelance writer for Screen Rant who regularly contributes to both of the Gaming Guides and Gaming Features sections. He has a BA in Digital Media Production from the State University of New York at New Paltz, focusing on the preproduction and production stages of TV & film. He also has an affinity for finding out the origin stories/inspirations of games and every character in them. Although he’s a mid-90s baby, Kaleb started gaming with Super Mario Bros, Pokémon Blue, Pac-Man, and Duck Hunt.