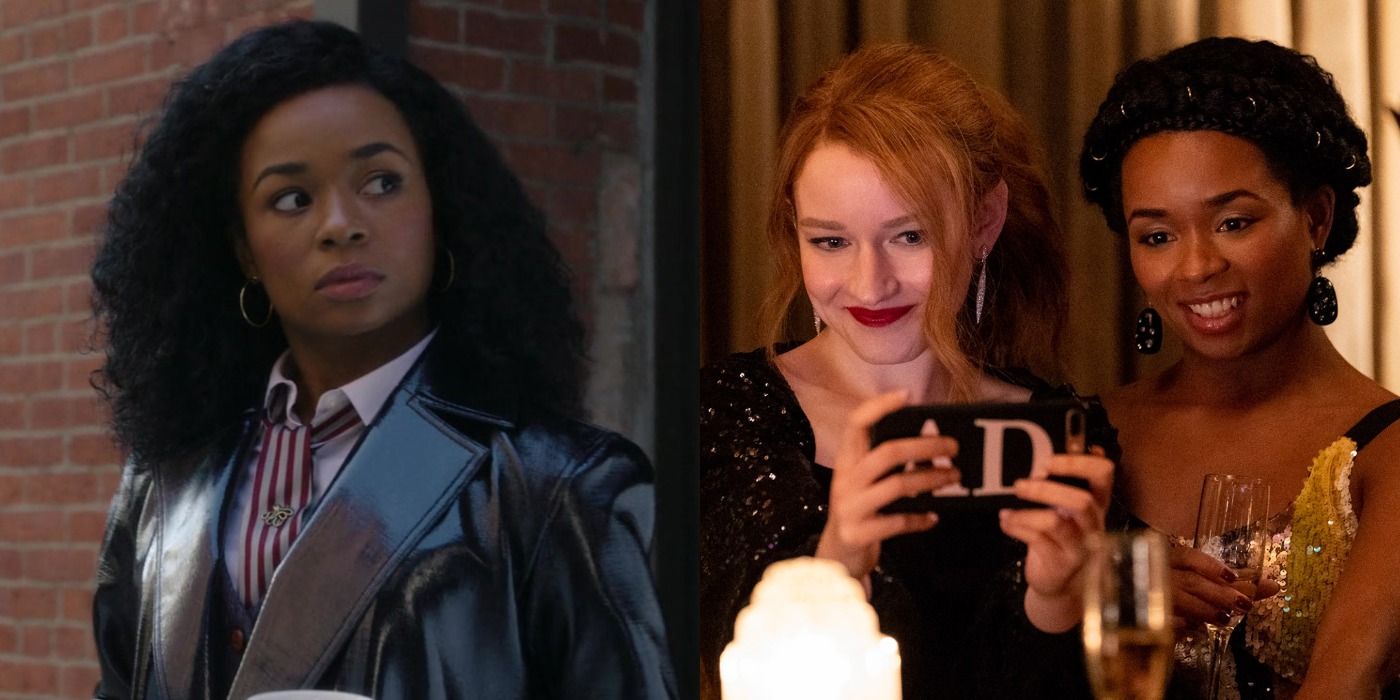 Neff Davis has become a polarizing character in the fandom after the release of the hit miniseries, Inventing Anna. Some fans love her for her badass personality, while others argue that she’s a misguided enabler who betrays her other friends by siding with Anna.

Whether fans like her or not, though, there’s no denying that she has said some of the best lines on the show. Her most memorable quotes almost always reflect her strong personality, as Neff doesn’t back down and knows that she has to work hard to get what she wants.

“I Don’t Ever Assume Someone Else Is Picking Up My Check. I Always Assume A Bill’s Coming Due. That’s Life – Nothing’s Free.”

After Vivian asks Neff what she thinks happened between Anna and Rachel in Morocco, the loyal friend almost immediately jumps to the fraudster’s defense. She says that even though he wasn’t there, she knows that “Rachel offered her card” because “that’s how Rachel was.”

Her quote about never assuming that “someone else is picking up” her check speaks volumes about how different her world and upbringing is from her friends’. Neff knows what it’s like to live paycheck to paycheck, which is why she values the fact that she relies on herself to get things done.

“I Have Real Life S**t That I Have To Deal With. I Have Plans And I Will Not Go Down With You. Do You Hear Me? Handle Your Business.”

The biggest argument Neff has with Anna happens when she confronts the con artist about her unpaid bills in the hotel. She trusts Anna to settle her balance, but she panics when she realizes that this may never happen.

Viewers will not soon forget the iconic scene where Neff asks Anna to “be straight” with her because her job is on the line. She tells her that if she’s a hustler, that’s “cool,” but leave her out of it because she has “rent to pay.” It’s the closest the character gets to seeing Anna for the fraudster that she is, which is probably why Neff is overjoyed when Anna surprisingly pays for everything she owes the hotel.

“Anna Delvey Is Legend Around Here. We Saw That Money.”

When the protagonist first walks into Neff’s workplace, everyone is convinced that Anna is filthy rich. Neff recounts in an interview with Vivian how she would tip hundred-dollar bills every single time, which caught her attention.

She admits that she’s “read they’re saying she’s a scammer,” but she doesn’t believe the stories at all. Fans may recall how Anna brought Neff along to the most lavish parties and even bought her designer clothes, which may be why she still thinks that she’s a German heiress with a trust fund.

One of the reasons Neff is among the best characters in Inventing Anna is that she has a strong personality. Her fierce side comes out when Vivian attempts to get information out of her by buying her a cup of coffee – she doesn’t appreciate the small bribe and lies from Vivian about writing a story for the sake of feminism.

Neff works in the “people business,” so she knows that just like everyone else, Vivian wants something for herself. The only way Vivian can get Neff to like and trust and respect her is when she admits what she’s really after.

“I Was Setting Up Anna. And If I Do Say So Myself, I Killed It.”

Vivian perfectly sums up Neff’s role in Anna’s con when she says the concierge is the actual “power behind the throne.” Neff’s database is an incredible tool that she uses to get the protagonist into all the exclusive parties and lavish events.

RELATED: The Main Characters From Inventing Anna, Ranked By Intelligence

She was “setting up Anna” in a way that the fraudster could have never done on her own, which is arguably why she was drawn to Neff in the first place. With a simple phone call and a bit of persuasion, Neff opens the doors for Anna and unwittingly participates in her complex swindle.

If there’s one thing most viewers probably like about Neff in the series, it’s her unapologetic and infectious confidence. A brief conversation with her boyfriend leads to them talking about what it’s like to be a concierge sometimes, and she passionately declares that she’s “not some f*****g chair,” she’s a star and she glows.

She repeats the phrase “I glow” over and over again while laughing with her partner, who finds her monologue endearing. It’s a genuinely heartwarming scene that highlights Neff’s more charming side.

The moment that cements Anna as a wealthy businessperson in Neff’s eyes happens when the fraudster shows her friends the building she allegedly bought, 281 Park. It’s a massive and obviously expensive old structure owned by Neff’s ridiculously rich boss, Aby Rosen.

As she stands on the sidewalk with Anna, Kacy, and Rachel, Neff can’t help but verbalize how awestruck she is by the con artist by calling her the “real f*****g deal.” It’s a quote Anna repeats a few seconds later, as if she’s happy to have convinced her friend (and herself) that she is who she says she is.

“Black Girl From DC Don’t Have A Waiting Parachute.”

Anna and Neff get to know each other a little better after a fun drunken night out. When the protagonist learns about Neff’s dream to become a director, she asks what she’s waiting for. Neff responds honestly by saying “it’s not that easy for normal people” who “don’t all have trust funds.”

RELATED: The Best Black Female Leads In TV & Film (From The Last Decade)

The con artist is confused by her best friend’s response and simply tells her to “leap and a parachute will appear.” Before Neff could finish correcting her about how different it is for those who aren’t wealthy, Anna has fallen asleep. It’s an intimate moment that draws attention to how close the two have become.

“When You Behave In A Way I Can Respect, Drop On By My Place Of Work And Say Hi.”

An intense confrontation between Kacy, Rachel, and Neff ensues after the two powerful characters accuse Neff of making Rachel’s life harder in court. They don’t understand why Neff continues to support her, so she explains how every single day, Anna hustles in prison by trading Cup Noodles and whatever else she can get from the commissary to get more time for phone calls.

Neff explains how “that’s hustle” so she respects that before insulting Rachel by calling her “Miss Karen” and being shady to Kacy who has finally “chosen a side.”

“I Am Done Living Life Through The Eyes Of Others. I Am A Director.”

Neff finally grasps what Anna has been telling her all along towards the end of the series when she refuses to read whatever Rachel has written about her in her new book. She tells Kacy that she’s had enough of “living life through the eyes of others” and asks her to watch her resign right then and there.

It’s a badass moment that signals a turning point for the ex-concierge who is ready to take Anna’s advice about just going for what she wants to do. She likely would have never been able to make that decision if she had never met and become close with Anna.

NEXT: 10 Highest-Rated Female-Led Films On The IMDb Top 250 List

Saab is a freelance writer for Screen Rant. She’s based out of Metro Manila, Philippines, where she lives with her partner, two fat cats, and two hundred houseplants. She’s passionate about all things pop culture and design. When she’s not typing, she’s tending to her indoor garden or watching true crime stories on Netflix.