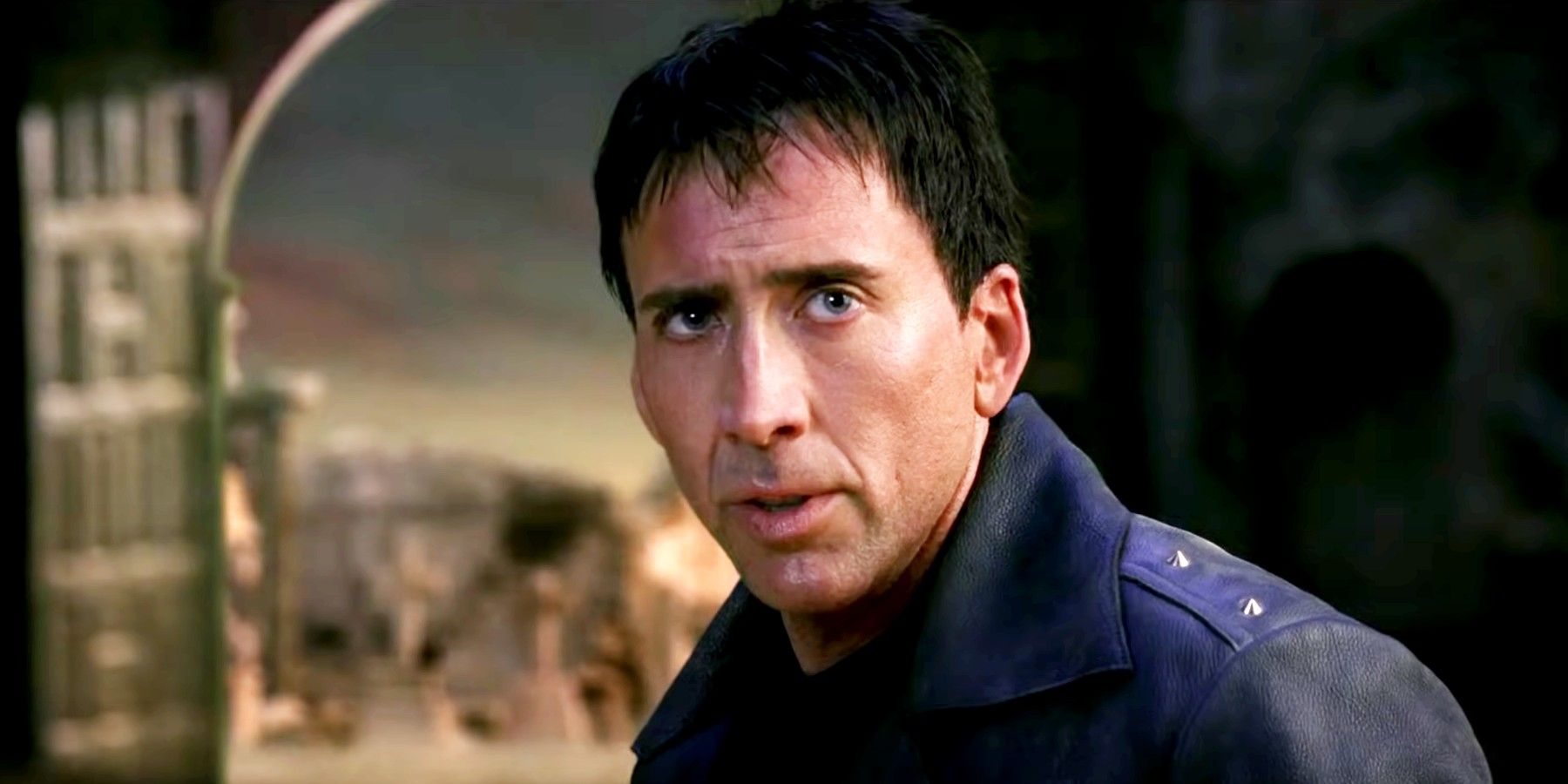 The Unbearable Weight of Massive Talent actor Nicolas Cage recalls a time when Adam West poked fun at his acting. Cage is one of the most iconic Hollywood actors living today, and this is due in large part to his strange habit of seemingly taking every role that is offered to him. This has naturally lead to the actor being in all sorts of movies of polarizing quality, which in turn leads to very divided opinions on Cage. The Unbearable Weight of Massive Talent certainly capitalizes on this by having Cage star as a cash-strapped version of himself who makes a paid appearance at a billionaire mega-fan’s birthday party. When it turns out that the billionaire is actually a drug-kingpin, things get out of hand quickly, as do the Cage references. Massive Talent is set to be released on April 22nd, and has already gained some very high praise from critics.

In a career as diverse as Cage’s, there’s hardly a genre the actor hasn’t touched, which includes superhero movies. While Cage has yet to make his MCU or DCEU debut, many fans will remember him as Johnny Blaze in the two Ghost Rider films between 2007 and 2011. Some may also recall that Cage took on the role of Big Daddy in 2010’s superhero parody Kick Ass. In the film, Cage plays one of the most competent of the superheroes seen in the movie, and many viewers have noticed that his portrayal of Big Daddy seems very similar to Adam West’s classic interpretation of Batman from the 60’s television show.

While promoting The Unbearable Weight of Massive Talent, Cage participated in a Reddit AMA in which he spoke both about his upcoming film and previous roles. During the AMA, a fan asked if West truly was Cage’s biggest inspiration for his Big Daddy performance. Cage has responded by stating that West was “where it begins and where it ends as Big Daddy.” Cage has also revealed that he later met West, and was able to ask him if he could tell that Cage was channeling him in Kick Ass. According to Cage, all West had to say was, “I saw you TRY to channel me!” See Cage’s full quote below:

“I would give it all to Adam West. I grew up watching him on the 60s Batman show and he is where it begins and where it ends as Big Daddy. I met Adam West once and I said, ‘did you see I was channeling you?’ and he said ‘I saw you TRY to channel me!'”

It is unclear whether West was actually unimpressed or just joking with Cage. However, based on the performance Cage gives, it’s hard to imagine that the comment wasn’t a joke. Cage’s performance as Big Daddy is certainly a take-off on West’s Batman performance, however, it never comes off as anything other than a loving homage to the character. Cage has long been open about the fact that he is a big comic book fan, and it is hard to imagine that his choice to channel West would be anything other than paying respect to a personal hero.

While Big Daddy didn’t make it out of Kick Ass alive, it is unknown as of yet if any references to the character will appear in The Unbearable Weight of Massive Talent. Perhaps Cage will have once again been able to channel the late, great West, and a version of his Batman will live once again. As it stands, many viewers are eagerly awaiting any teasers of what’s to come in the movie, but with the release date just around the corner, it seems they will simply have to wait for The Unbearable Weight of Massive Talent to hit theaters to see which Cage movies get referenced.

90 Day Fiancé: Why Fans Are Questioning Jasmine’s ‘One Time’ Comment