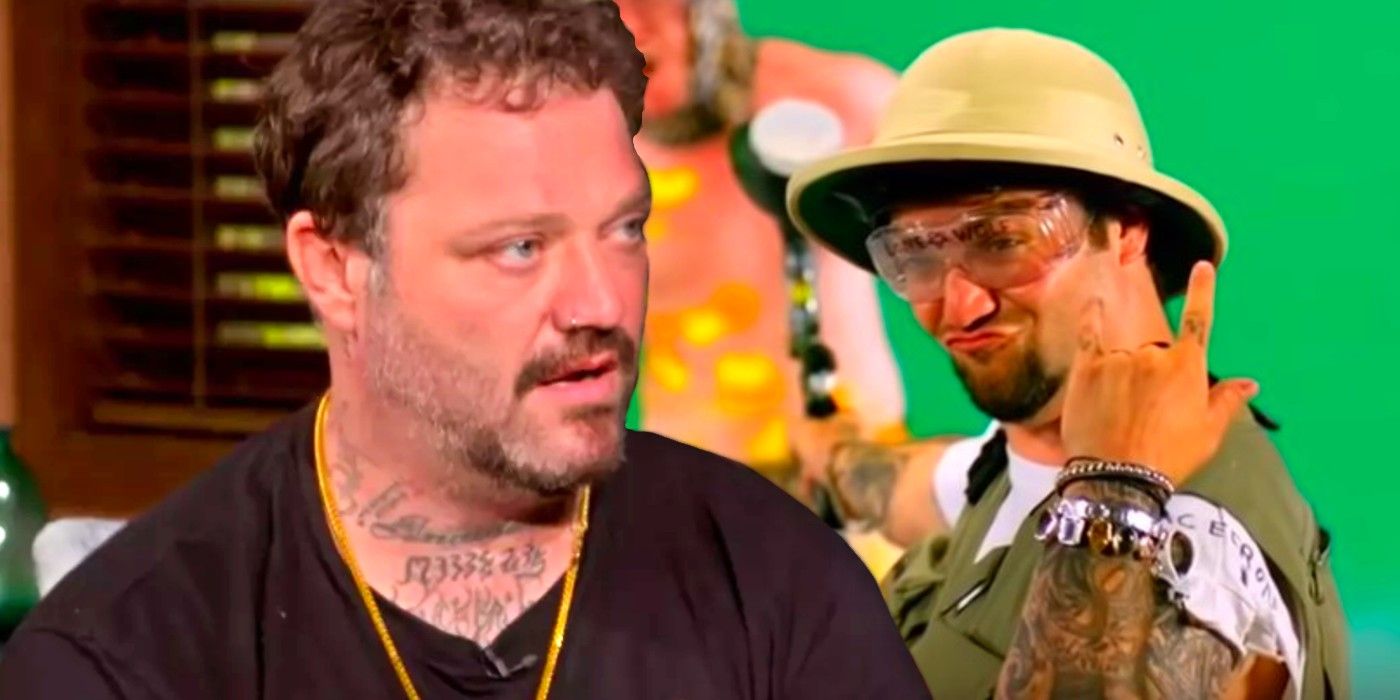 The Jackass crew’s final movie, Jackass Forever, is now out but doesn’t include Bam Margera. Here’s what’s happening and why he was fired.

The fourth Jackass mainline movie, Jackass Forever reunited most of the cast from the original series alongside new cast members, but the firing of Bam Margera and him suing Paramount overshadowed the whole movie for some. MTV has seen a variety of TV shows from different genres, but few have had the impact of Jackass. The reality stunt comedy TV series was created by Johnny Knoxville, Spike Jonze, and Jeff Tremaine and aired for three seasons on MTV between 2000 and 2002. What started as an idea for an article about testing self-defense equipment on oneself (that being Knoxville) ended up becoming a franchise formed by a TV show, TV specials, movies, video games, and more.

The premise of Jackass is simple and dangerous, but has proven to be very successful with the audience and the critical reception of every Jackass movie has improved, with audiences and critics seemingly aligning on the idea that it knows what it is and does what it wants to perfection. Or as perfectly as groin shots, on-screen vomiting, electrocution, and poop can be achieved. After the main series came to an end in 20o2, a movie, simply titled Jackass: The Movie, was released with the purpose of closing Jackass, but it only made way for a film franchise that had most of the original cast back, such as Knoxville, Steve-O, Chris Pontius, Dave England, and Bam Margera. Margera was always a hugely popular cast member with the Jackass audience that he got two spinoff shows, Viva La Bam and Bam’s Unholy Union, but his relationship with the Jackass crew is over now.

Throughout the production of Jackass Forever and in the marketing campaign, there were behind-the-scenes issues with Margera, Paramount, and the creators of the franchise that threatened to overshadow the entire thing. Margera sued the other parties after he was fired from the movie and though the lawsuit and all the issues between Margera and the rest didn’t ultimately affect the release of Jackass Forever, fans will inevitably be left with two big questions: why was Bam Margera fired and why did he sue the studio and his former friends and colleagues?

Why Bam Margera Was Fired From Jackass Forever

As mentioned above, the whole Jackass cast from the original series and movies is back in Jackass Forever except for Ryan Dunn, who passed away in 2011, and Bam Margera. The latter was originally part of the cast and even filmed a couple of stunts, but in January 2021, in a podcast interview, Margera said that Paramount regarded him as a liability due to his behavior over the last years since the release of Jackass 3D, and the following month, he revealed he had been officially fired, admitting to breaking his sobriety, thus also breaking the deal with the studio and crew about staying clean and sober throughout production.

Margera made the announcement in a series of now-deleted videos on his Instagram account where he was seen in a really bad emotional and physical state and shared that the studio had forced him to take antidepressants, submit random urine tests, and check in to two rehab facilities with his own money. That wasn’t the end of Margera’s problems with the Jackass crew, and in August 2021, he sued Paramount, MTV, Knoxville, Jonze, and Tremaine, alleging he was wrongfully fired. Margera says he was “coerced into signing a ‘wellness agreement’” while he was in rehab and that if he didn’t he “would be excluded from ‘Jackass Forever’”. He also alleges he was fired after testing positive for Adderall, which he takes to treat his attention deficit disorder, and that the agreement allowed for immediate termination if he didn’t blow into a breathalyzer three times a day, submit to a urinalysis twice a week, have his hair follicles tested on a regular basis, and take pills every morning while on a FaceTime call with a doctor hired by Paramount.

This contradicts Margera’s initial confirmation of him breaking his sobriety while filming Jackass Forever, but there surely is a lot more between him, the studio, and the Jackass crew than what he revealed in those videos and the details about the lawsuit that have been made public. Bam Margera is understandably hurt and angry at what happened, and while the “wellness agreement” might seem strict, it was made in hopes that he could take part in the final Jackass adventure with his friends and help him get back on track.

Related: Jackass: Every Injury The Cast Has Sustained (Including On Jackass 4)

Is Bam Margera In Jackass Forever At All?

Despite being fired  and the obvious bad blood with his former co-stars, Bam Margera does actually appear in Jackass Forever very briefly. Margera appears in just one scene, which was featured in the trailer – the marching band bit that sees the Jackass crew attempting to cross a fast-paced treadmill in full band gear. Margera’s moment is cut from the trailer, but the full sequence includes him in the final movie. More painfully for fans who may not get to see another Jackass movie, there is a tribute to Ryan Dunn at the end of the credits sequence, which shows old footage and bonus material from Jackass Forever, and which should have included Margera as Dunn’s best friend. It’s an unfair oversight, but it’s not too much of a surprise, sadly.

Next: Where To Watch Jackass Online (Show & All Movies)

Adrienne Tyler is a features writer for Screen Rant. She is an Audiovisual Communication graduate who wanted to be a filmmaker, but life had other plans (and it turned out great). Prior to Screen Rant, she wrote for Pop Wrapped, 4 Your Excitement (4YE), and D20Crit, where she was also a regular guest at Netfreaks podcast. She was also a contributor for FanSided’s BamSmackPow and 1428 Elm. Adrienne is very into films and she enjoys a bit of everything: from superhero films to heartbreaking dramas, to low-budget horror films. Every time she manages to commit to a TV show without getting bored, an angel gets its wings.

When she’s not writing, you can find her trying to learn a new language, watching hockey (go Avs!), or wondering what life would have been like had Pushing Daisies, Firefly, and Limitless not been cancelled. Breakfast food is life and coffee is what makes the world go round.

Guillermo del Toro said “hi” to her once. It was great.