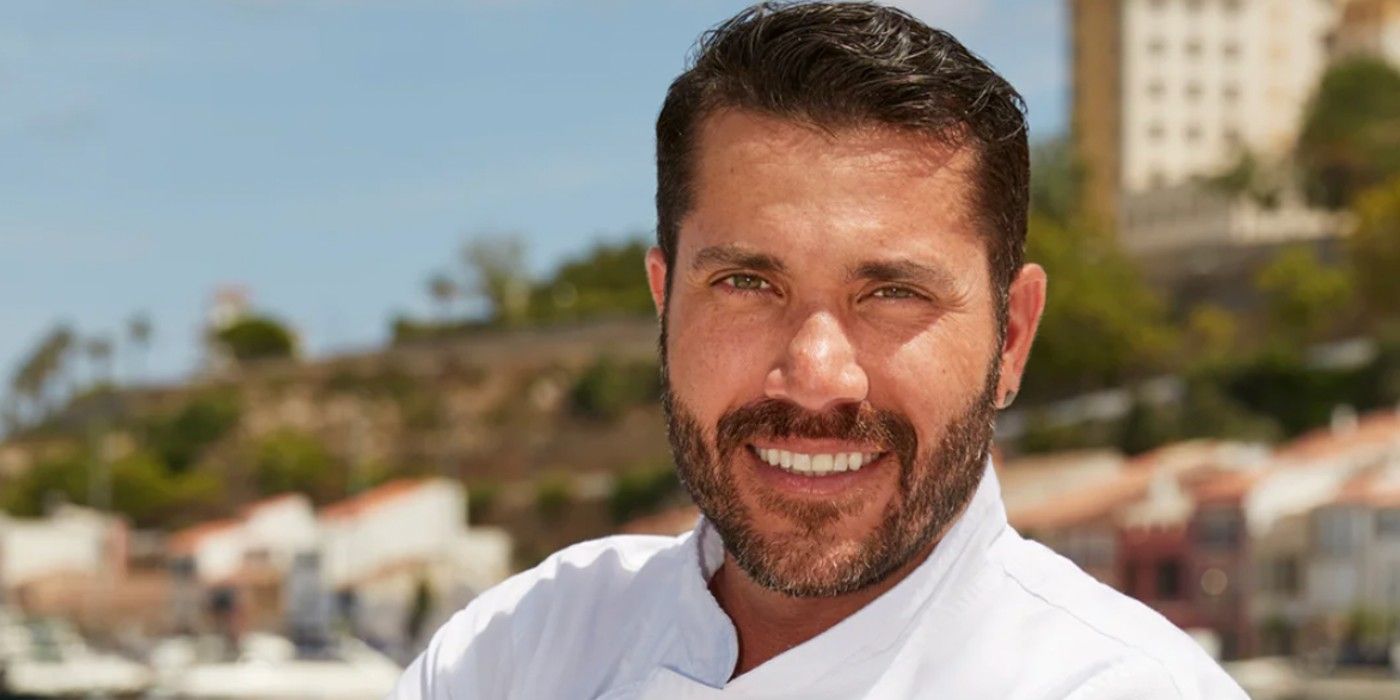 Chef Marcos Spaziani is the new chef on Below Deck Sailing Yacht season 3, and so far, he seems to be the best one to appear on the series.

Chef Marcos Spaziani is the new chef on Below Deck Sailing Yacht season 3, and so far, he seems to be the best one to appear on the series, maybe even the franchise. Viewers got to meet Marcos for the first time during the season 3 premiere when he joined the new crew on Parsifal III. Along with Marcos, new deckhands Tom Pearson and Kelsie Goglia, and new stews, Gabriela Barragan and Ashley Marti also joined the crew.

As for the returning crew members, Daisy Kelliher returned as the chief stew, Gary King is back as the first mate, and Colin MacRae is back to his job as the chief engineer. Captain Glenn Shephard is also making a return to BDSY season 3 as the captain. The new season began with the whole crew getting to know each other, and viewers even got to see the beginning of the first group of guests along with Marcos’s first meal.

Since BDSY began in February 2020, the show has had three different chefs. Chef Adam Glick was cast for season 1 after working as the chef for two seasons on Below Deck Mediterranean. Season 2 had a complete cast shake-up, including a brand new chef. Natasha De Bourg was named the BDSY season 2 chef, making her the third female chef to appear in the history of the franchise. While both Adam and Natasha served up some amazing dishes during their seasons, Marcos has already blown away both the crew and the guests with his food, and he is barely through night one. Even Daisy was pleased to see how well Marcos took on the role as the new yacht chef. However, she wasn’t too shocked since he is a “seasoned yachtie.“

There is no comparison between Marcos, the new BDSY chef, and the former BDSY chefs. While both Adam and Natasha received rave reviewers from the guests and their fellow crew members, it was their attitudes that caused them to falter in the galley. Adam was always rude to the second and third stews, and he paid way too much attention to Chief Steward Jenna MacGillivray. As for Natasha, she would always question Daisy, especially when it came to what the guests had ordered. Who could forget the infamous poached eggs incident with charter guest Barrie Drewitt-Barlow? Despite being fantastic in their craft, Adam and Natasha didn’t excel in the galley as well as Marcos has in just one episode.

All in all, in just one episode, Marcos is already shaping up to be the best chef Below Deck Sailing Yacht has seen so far. Not only does he make mouth-watering food, but he respects Daisy and her interior team. Fans might just see Marcos back for a second time for season 4.

Sabrina is a copywriter/content specialist with a passion for writing. She graduated with a BA in English and a certificate in Social Media marketing. During her downtime, she loves watching tv and spending quality time with her adorable puppy.