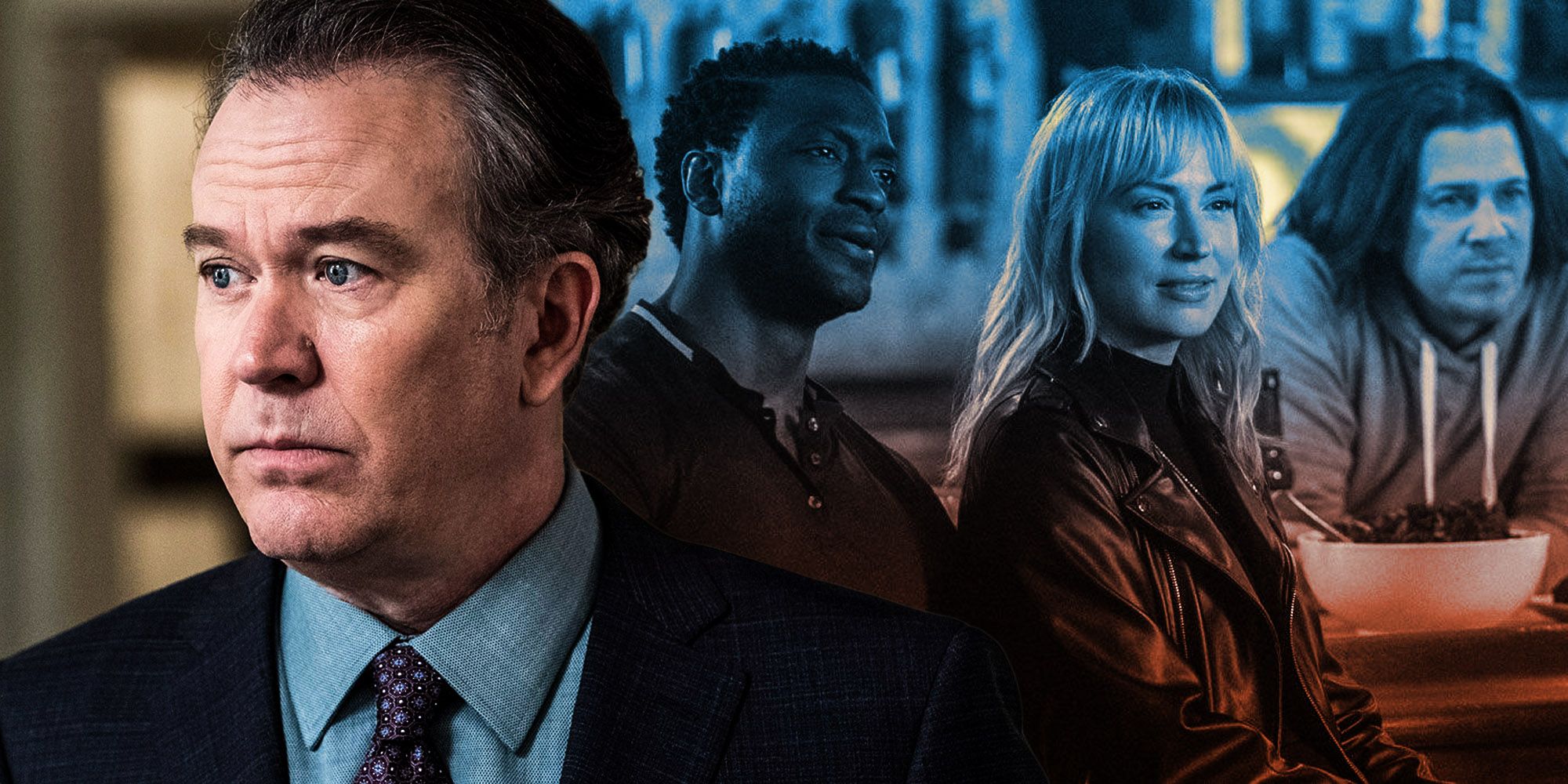 Leverage is returning for a revival series with the original team of con artists, but Timothy Hutton will not be returning as mastermind Nate Ford.

Leverage returned in 2021 with the revival Leverage: Redemption, but Timothy Hutton didn’t come back as mastermind Nate Ford – here’s why. The original show united a band of criminals under Nate’s leadership to con the wealthy and corrupt. Although the team first formed as a way for Nate to get revenge on his old company for his son’s death, Leverage quickly grew beyond his vendetta, positioning the revival to continue without him after recent allegations made Hutton’s continued role impossible.

At the end of Leverage, Nate Ford stepped down from the team, handing the reins to master thief Parker and embarking on a new life with grifter Sophie Devereaux. He and Sophie effectively retired, while Parker, Eliot, and Hardison went on to form Leverage International and continued to pull off incredible heists around the world. But while Sophie is returning for the revival, Nate has been permanently written out. Leverage: Redemption without Timothy Hutton may feel a bit empty. However, E.R. actor Noah Wyle is doing well as his replacement on the show, in the form of the character Harry Wilson.

Related: White Collar: What Happened To Neal Caffrey In (& After) The Finale

Timothy Hutton was axed from Leverage: Redemption due to a rape allegation, and it was the right call. In 2020, Timothy Hutton was accused of raping 14-year-old child actress Sera Johnston in 1983. After Johnston’s accusation was made public, Hutton’s then-current project Almost Family was canceled after one season. Leverage: Redemption was able to move forward with the rest of its ensemble cast, but Nate Ford will not appear again due to the gravity of the allegations.

The revival makes no sacrifices to the plot in leaving Hutton behind, as the show’s original run already closed the book on Nate Ford’s story, rendering his appearance unnecessary. Though Nate was the emotional center of Leverage, Leverage: Redemption refocuses the show on the rest of the team to turn Sophie, Parker, and Eliot into the leading characters, while Aldis Hodge’s Hardison returns part-time. The revival also added Noah Wyle, best known for his parts in the medical drama ER and The Librarian movies, as a lawyer who has worked on the wrong side looking for redemption, filling the “inside man” role that Nate used to serve.

Timothy Hutton and the producers of Leverage: Redemption are currently embroiled in a legal battle over Hutton’s contract. The actor claims that not only did the studio break his contract after being dropped from the reboot, but they also still owe him about $3 million. Dean Devlin’s Electric Entertainment (Leverage‘s production company) kicked Hutton off after the sexual assault allegations came to light. The lawsuit condemns Electric Entertainment for not properly looking into the allegations before kicking him off, stating that his contract “didn’t include a morality clause.” In addition, had Hutton stayed on for Leverage: Redemption, he would’ve been paid $175,000 per episode, with the promise of directing at least once a season. Timothy Hutton vs. Dean Devlin’s Electric Entertainment will most likely go all the way through the legal process, and the verdict is still out.

While Timothy Hutton’s role in Leverage is over, the team that Nate brought together is moving on to new heights in the revival. Many recent projects have cut, recast, or even digitally replaced cast members when sexual misconduct, assault allegations, or criminal charges were made public. Leverage: Redemption was more prepared than most to continue without Timothy Hutton. Leverage fans at least get to see the rest of the show’s beloved characters in the spotlight for the revival, continuing Nate’s legacy of complex heists and cons.

Next: Burn Notice: Why Fiona Dropped Her Irish Accent After The Pilot

Christy Box is a features writer for Screen Rant. When she’s not writing about Star Trek, she’s a linguistic anthropologist and researcher. Her experience in TV production as a director, producer, and camera operator has made her passionate about the work that goes into bringing a story to the screen. She is fascinated by science fiction, monsters, slow-burn suspense, complicated female leads, and faithful book adaptations. In her free time, she writes fiction and reads everything she can get her hands on. She has also written for Ranker and Factinate.