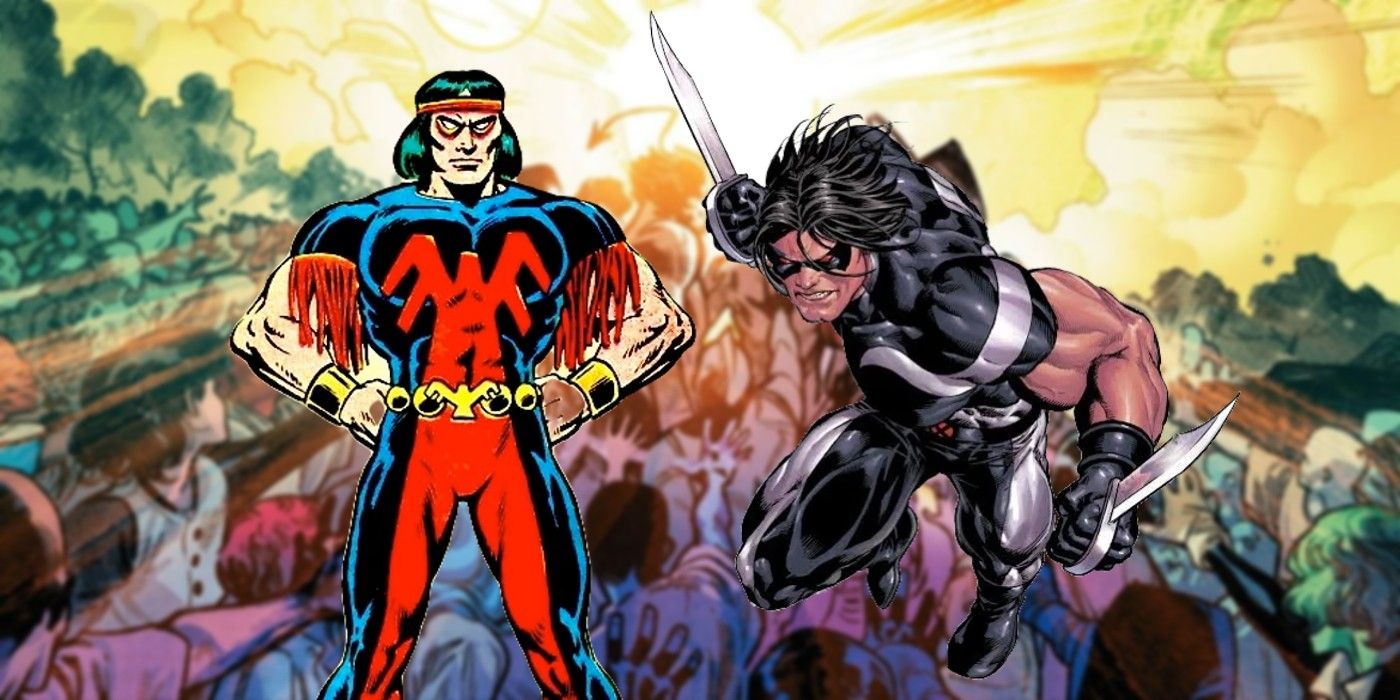 After finally being resurrected after his death decades ago, John Proudstar, aka Thunderbird, is reunited with his brother Warpath in New Mutants #24.

WARNING: Spoilers for New Mutants #24 ahead!

In preview pages for Marvel Comics upcoming New Mutants #24 a wonderfully heartfelt reunion is seen between the infamous X-Men John Proudstar (aka Thunderbird) and his younger brother James Proudstar (aka Warpath), an event that is close to 50 years overdue. Thunderbird is primarily known for being the first Native American member of the X-Men team and the tragically dying in one of his first appearances, becoming the first ever X-Men to die in battle. While Marvel has resurrected John several times through various means, his revivals have never stuck, but with Krakoa’s Resurrection Protocols he is finally fully returned, and able to reunite with his younger brother.

John Proudstar, a member of the Apache Nation and veteran of the US Marine Corps, first appeared in 1975’s relaunch of the X-Men, Giant Size X-Men #1, created by Len Wein and David Cockrum. Taking the name Thunderbird, and possessing superhuman strength, speed, and stamina as his mutant abilities, Proudstar became a member of the X-Men’s Second Genesis team, a diverse international group of mutants who replace the original 1960s team. Thunderbird proves to be an invaluable member of the new team during their first adventure, saving the original X-Men team from the clutches of the then-evil island of Krakoa, before suddenly dying in their second adventure while fighting against Count Nefaria and the Ani-Men. Since his death the character’s younger brother James, who possesses his same abilities but even more powerful, became a major part of the X-Men, first taking on the name Thunderbird in honor of John before renaming himself Warpath when he joined X-Force.

Related: Marvel’s Indigenous Heroes and Creators Get the Spotlight in New Comic

Since his death in 1975 Thunderbird has been “revived” twice, first as an undead member of Selene’s Necroshian army, and then returned for two issues during the Chaos War event, before once again returning to death. Finally, after close to 50 years of being dead in Marvel publications, Thunderbird was resurrected in the pages of Trial of Magneto #5, after the Scarlet Witch used her reality warping powers to upgrade Cerebro, allowing The Five to resurrect any mutant who has ever died. In the pages of New Mutants #24 – written by Vita Ayala with art by Danilo Beyruth and Dan Brown – John is seen surprising James after he gets out of the shower in his Krakoan home, The Grove, clearing leading to what will be an emotional and long-overdue reunion.

John’s death has long had a profound impact on James’ life, and Thunderbird’s legacy as a brave and honorable X-Men member continued to live on through the actions and beliefs of Warpath. Upon getting out of the shower James is surprised to hear someone say, “They said you were one of their best warriors, but I dunno. You didn’t see me coming.” Revealing himself, John then says, “Why didn’t you meet me? Answer me, little brother. Why wasn’t your face the first thing I saw when I woke up here?” James, clearly stunned, can only muster a, “John?! I– I–” in response. James probably never thought this day would come, even though many other Krakoan citizens were able to revive their lost loved ones, because John died way before Cerebro was storing mutant consciousnesses. While the preview does not reveal exactly why James was not present at John’s resurrection, or his introduction to Krakoa, one can only hope that he has a good reason!

Marvel Comics has long been lambasted for killing off their first ever Native American X-Men member in one of his first appearances, and while the introduction of Warpath as Thunderbird’s younger brother certainly helped make John’s legacy one that would not be remembered, it truly was high time for them to find a way to bring him back, as they have done with so many other characters in the past. Thankfully, Marvel recently announced that Thunderbird will be getting his own special, Giant Size X-Men: Thunderbird, which will hopefully shed more light on Thunderbird’s early life, and what he has gotten up to since his resurrection. To check out the full story on Thunderbird’s emotional reunion with his younger brother Warpath, make sure to check out Marvel Comics upcoming New Mutants #24 when it debuts on February 9th 2022.

Ka-Zar is Finally Accepting His Place as a Marvel God

Alex Schlesinger is a freelance Comics News writer for Screen Rant. While his career is in social work, one of his biggest passions is reading and writing about comic books. While Alex loves to write about all things comics, the X-Men will always hold a special place in his heart.

Alex lives in Seattle with his fiancé Zach and their two cats Jasper & Harley. When not writing Comics News he is cooking, baking, reading science fiction, and travelling around the Pacific Northwest.