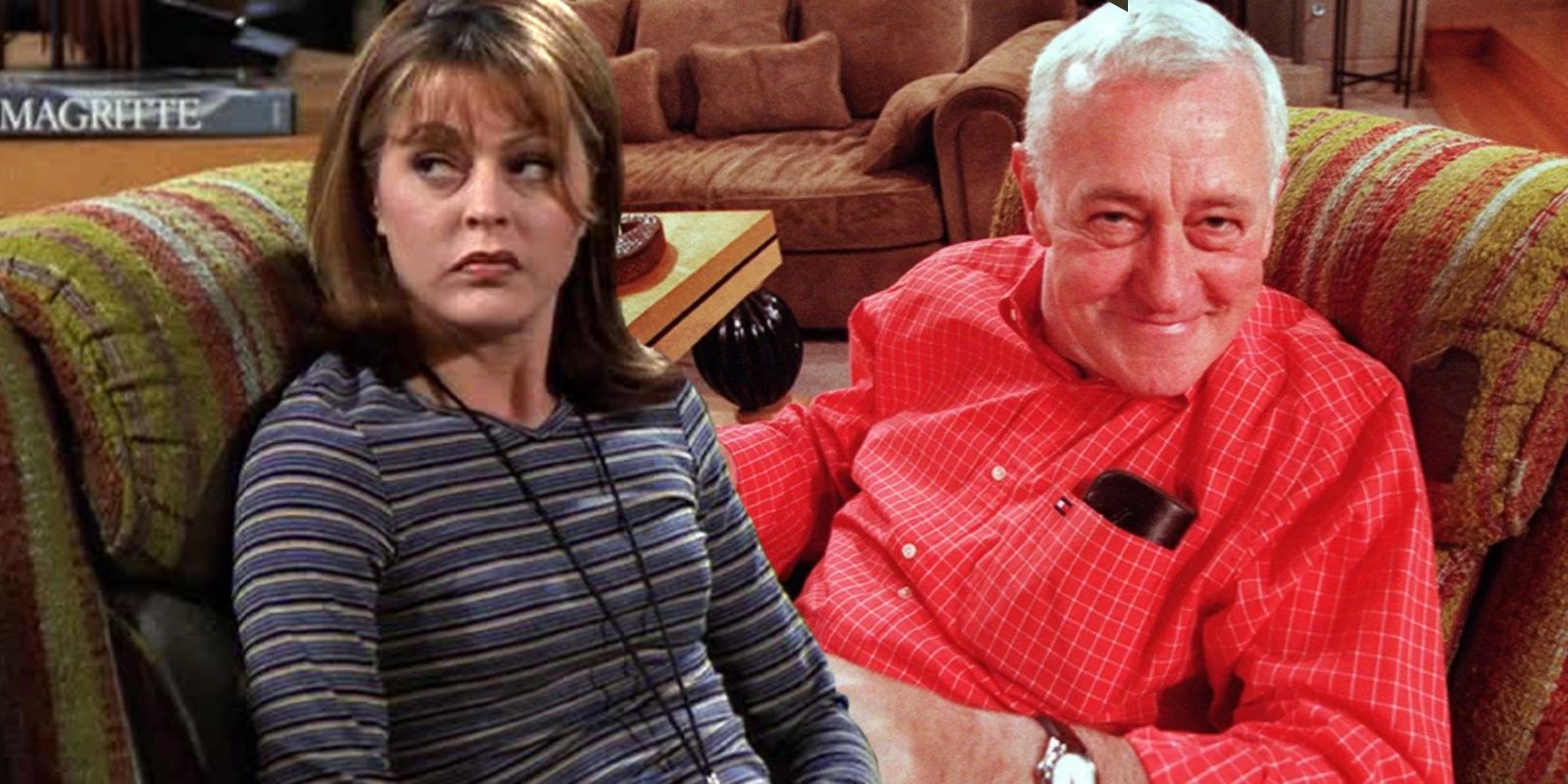 Daphne Moon’s Manchester accent in Frasier is infamously bad, but one cast member was uniquely qualified to help – and seemingly decided not to.

Jane Leeves’ accent as Daphne Moon on Frasier was infamously bad, but it was actually made worse by the presence of one of her fellow cast members. Introduced in Frasier‘s pilot, Daphne Moon begins working as a physical therapist for Martin, Frasier’s father, and she remains an integral part of the Cranes’ life for all 11 seasons of the show, eventually marrying Frasier’s brother Niles. Among Daphne’s many quirks – she’s also “a bit psychic” – is her working-class British background, presented as a counterpoint to Frasier and Niles’ snobbish ways.

As the character of Daphne hails from Manchester, Frasier‘s Jane Leeves employed an accent for the character. It may not be the worst estimation of an English accent ever committed to television, but it is infamously bad – perhaps overshadowed only by a handful of Frasier‘s guest stars (who also happened to be Daphne’s family). However, the presence of one particular cast member made the quality of Leeves’ accent even worse.

John Mahoney, who played Martin Crane alongside Jane Leeves for all 11 seasons of Frasier, was actually born in the UK, and grew up in Manchester. The idea that Leeves’ was so regularly putting on her generally inaccurate Mancunian accent in such close proximity to Mahoney makes it much worse in hindsight. This is for two reasons: firstly, it may have initially seemed vaguely insulting to Mahoney, and secondly, he seemingly made no attempt to correct her.

That Frasier‘s John Mahoney was actually from Manchester may seem surprising to some, as his own American accent was so well-honed. However, it wasn’t until he was 18 years old that he relocated to the US, meaning that for the entirety of his childhood, he was surrounded by authentic Mancunian accents. In contrast, spending 11 years of his career on Frasier alongside an exaggerated imitation may well have been grating for Mahoney.

However, despite being uniquely qualified to better inform Leeves’ accent (and perhaps lend it an added authenticity), Mahoney seemingly opted not to. This may have been out of professional courtesy, but it makes Daphne’s accent seem even worse, as the means to improve upon it were readily at her disposal. The addition of the Moon family to the list of Frasier‘s cast of characters makes this even more egregious, as their accents are even worse than Leeves’, and Mahoney seemingly kept a straight face all the while.

Ultimately, Leeves’ inaccurate accent didn’t hurt the show, and Frasier‘s success saw the show break records, and maintain a cult following even years later. However, with one of its main characters delivering all of their lines in an accent that could have been considered as bordering on offensive to some UK viewers, and another of its stars uniquely qualified to remedy the situation, Frasier created a bizarre issue for itself. Knowing that Mahoney could well have personally helped make Leeves’ accent better makes its continued inaccuracy one of the most consistently annoying aspects of Frasier‘s otherwise excellent acting.

Next: Frasier: The Story Behind Its Celebrity Voice Cameos & Why They’re So Great

Niall Gray is a features writer for Screen Rant covering just about every film- or TV-related topic he’s loosed upon. When he’s not busy putting words together in various places for various reasons, Niall can usually be found filling his brain with an endless stream of pop culture trivia, teaching children to box, or simply hiding with his nose in a book.