After Mail columnist Sarah Vine wrote of her frustration at the failure of British Gas to fix her washing machine, reader Gareth Griffith came forward with helpful tips.

The accomplished complainer, a former Currys branch manager and financial adviser who worked for banks and insurance companies, has won thousands of pounds in compensation because he refuses to be fobbed off.

Sarah wrote in last Wednesday’s column of how she could not get an engineer to repair her machine despite paying a ‘small fortune’ for a British Gas HomeCare policy.

Now retired, Gareth, who lives near Loughborough, Leicestershire, tells Money Mail how he avoids needlessly paying out and always sticks up for his consumer rights. 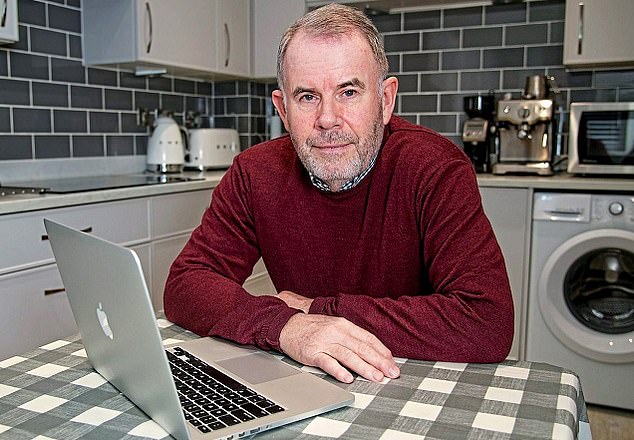 Never take out a service contract such as HomeCare or an extended warranty.

These people have no real incentive to come and do any work — they’ve already had your money. You can phone a local engineer and ask him or her to fix it.

They will be around straight away because it’s money in their pocket and they’re not going to get paid until it’s fixed.

Google any firm you use to make sure they’ve got genuine good reviews.

Most appliances are now far more reliable than they were a few years ago, so you shouldn’t shell out every year just in case they break down.

The chances are you won’t need an extended warranty. Staff used to be put under huge pressure to sell these.

You should expect a new appliance to last a reasonable length of time. If it breaks down in four years that’s unacceptable.

Sarah should cancel her service contract and demand her money back as HomeCare is in breach of contract by not repairing her machine within a reasonable timespan.

She should also tell them that under the Sale of Goods Act 1979 and the Consumer Rights Act 2015 you have a right to expect goods to be of decent quality and to remain in good working order.

A washer should last ten to 12 years. If you’ve only had four years’ use, you should demand two-thirds off the price of a similar replacement. 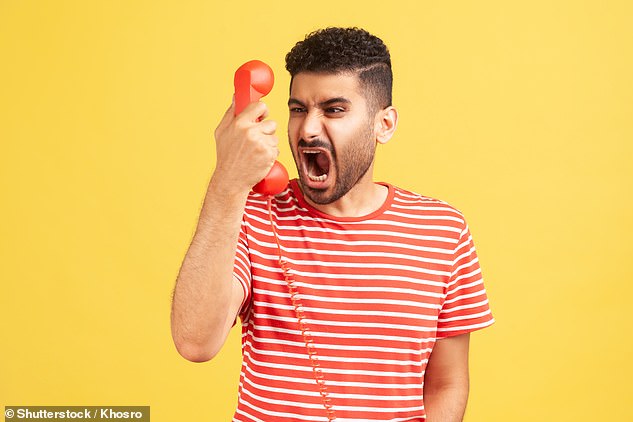 Paper trail: If you’ve had to phone to complain, ask for the person’s email address and follow up the call with an email confirming your discussions and what they’ve agreed to do

Make sure you get it in writing

If you aren’t getting anywhere with a company, forget calling up for help — send them a strongly-worded email instead.

You’ll find their email address somewhere on their website.

It’s brilliant because it gives you time to think that you do not get on a call with them, it is less time-consuming than hanging on the phone and you don’t even have to buy a stamp, put pen to paper or trek to the post box.

Complaining has never been easier. Always email complaints so that you have an audit trail if you take up your threat to sue them through the small claims court.

Then you can send them a further stroppy email if they let you down.

Tell them you aren’t going to be mucked about. Ask for their line manager’s email address too.

You get further up the hierarchy if you copy in your MP, together with a newspaper journalist and your local Trading Standards office. Try to find the company chief executive’s email address online too.

When Gareth broke a tooth on an olive stone in a bun he got from Tesco, he says the supermarket only offered him a small refund for the buns he bought. But he insisted Tesco paid for his dental treatment, the cost of driving to the dentist, parking and loss of earnings. In total, he received around £400.

Garteth’s £631 fridge-freezer stopped working after four years, so he complained to retailer AO.

He was told his guarantee had expired. Gareth asked for redress for its failure to last. The firm offered £100 as a goodwill gesture and £25 to cover an engineer’s report. He demanded more and AO paid him £325.

When sorting out his late father’s estate, Gareth found his dad had been paying Barclays monthly charges for two years on an investment account he had never used.

The bank at first refused to offer a refund, but backtracked when Gareth threatened to complain to the Ombudsman that it had not treated a vulnerable customer fairly.

Barclays eventually refunded the fees of around £450. It also provided £200 compensation and a hamper.

Gareth’s pension payments stopped for no obvious reason. But when he called administrator Willis Towers Watson, he was told payments would resume and he would get his money in ten days or so.

He sent an email charging a penalty for each missed payment totalling £220. The firm offered £150 as a goodwill gesture, but Gareth was insistent and got the full £220.

Charge for your time

If I have been mucked about by a firm I ask for £50 compensation to cover the hassle and upset they’ve caused me — and most of them pay it.

If I have to write to them again I ask for a further £50. If a bank or building society can satisfy a complaint in one day it’s not counted as a complaint in their statistics. It’s in their interests to say, ‘Here’s £50 — go away’.

If the complaint is regarding financial service and I don’t get a satisfactory result, I tell them I am going to take them to the Financial Ombudsman’s complaints resolution service.

The Ombudsman charges companies £750 for every complaint it has to investigate so often they will pay out to avoid the hassle.

It also costs you nothing. Some of the larger companies pay an annual one-off fee regardless of how many complaints they get. However, it still looks bad if they’re near the top of the table for complaints.

I am a reasonable person. I can accept that people will make mistakes. Sometimes things happen that are unavoidable —you have to take the rough with the smooth.

Other times I get mucked about. I tell them I have the time, I will take it to the Nth degree. My wife says I have got too much time on my hands, but I quite enjoy giving these companies some stick.

My belief is that these firms will try to avoid being honest and treating their customers fairly if they can possibly get away with it. Nevertheless they have a legal obligation to do so.

There is so much information online to help you — don’t be afraid to stand your ground.

I also recommend rewarding good service. I’ve never had any trouble getting an appointment at my doctor’s surgery after I bought all the staff cream cakes.

Some links in this article may be affiliate links. If you click on them we may earn a small commission. That helps us fund This Is Money, and keep it free to use. We do not write articles to promote products. We do not allow any commercial relationship to affect our editorial independence.

Ask an Employment Lawyer: The Top 5 Mistakes That Can Ruin a Sexual Harassment Case

How Can a Birth Injury Attorney Help You Get Justice?

There are a lot of different ways to communicate...

If you feel that you are being wrongly terminated...

In today's modern world, law firms are under increasing...

Ask an Employment Lawyer: The Top 5 Mistakes That Can Ruin a Sexual Harassment Case

Sexual harassment in the workplace is a stressful and...

There are a lot of different ways to communicate...

If you feel that you are being wrongly terminated...

In today's modern world, law firms are under increasing...