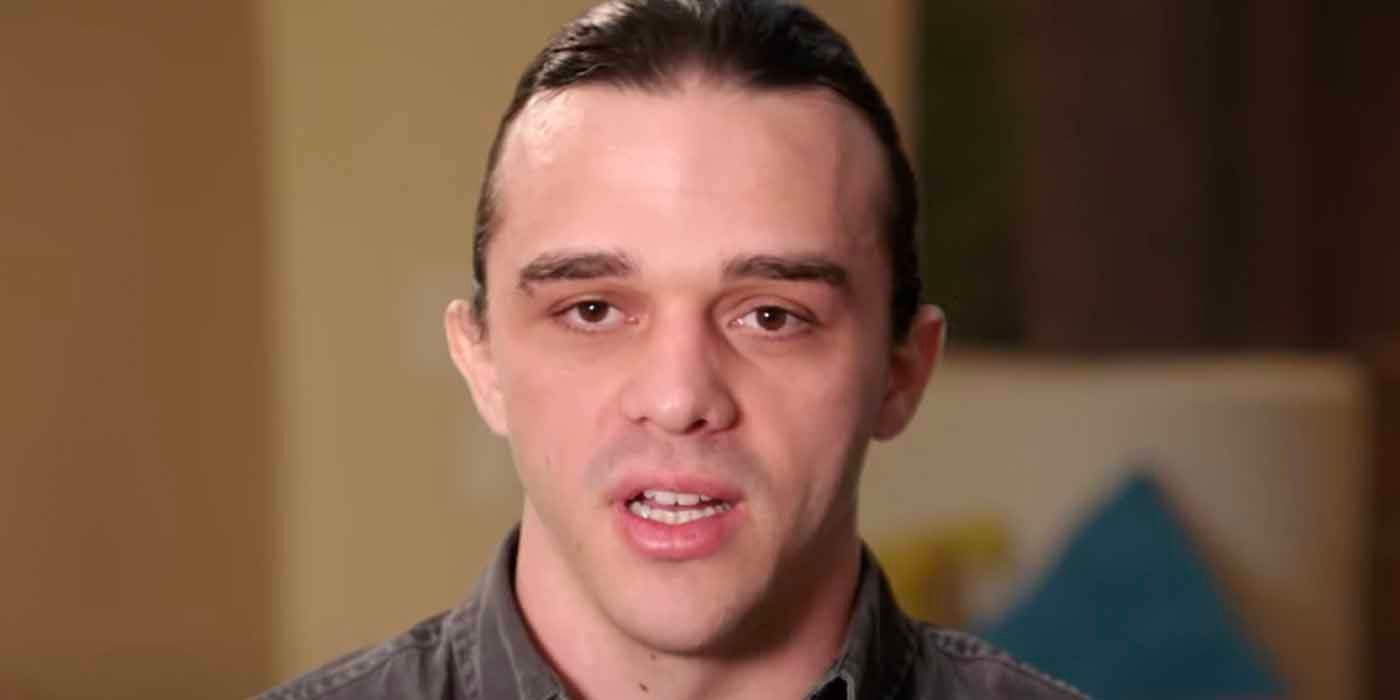 Caleb Greenwood was cut from Before the 90 Days early when Alina Kozhevnikova was fired. Find out what Caleb has been up to since the show.

90 Day Fiancé: Before the 90 Days viewers watched Caleb Greenwood receive a hasty conclusion in season 5, which left many viewers curious as to what Caleb is up to after the show. Caleb’s romantic partner Alina Kozhevnikova was fired from the 90 Day Fiancé spin-off show, which meant that Caleb and Alina’s Before the 90 Days segments were cut short. However, Caleb has since provided viewers with an update about his life post-filming.

Caleb and Alina both completely changed their perception among viewers as Before the 90 Days season 5 progressed. Alina was hailed as an early fan-favorite cast member before she become canceled among viewers after her past racist content was revealed. On the other hand, many viewers had a hard time warming up to Caleb. The Arizona native was first called out for being faux-spiritual. However, Caleb won over many Before The 90 Days viewers with his honesty and maturity. Many viewers were impressed by how honest and open Caleb was when he broke up with Alina after realizing that their lifestyle differences were too extreme given her disability.

Related: Which 90 Day Fiancé Cast Members Are From Russia

Caleb currently has 70K followers on his Instagram, @caleb90day, where he promotes his Cameo and TikTok accounts as well. Though he received early criticism from franchise viewers, Caleb does not appear to have let it get to him. Caleb is single since filming Before the 90 Days roughly a year ago and has not acknowledged any new romantic relationships since Alina. Though Caleb ultimately broke things off with Alina after recognizing their differences, Alina has confirmed that the two are still friends. Caleb and Alina do not talk as often as they did before the show, although they do still have a digital friendship. Caleb also does not appear to harbor any ill will towards Alina for her Before the 90 Days firing.

Alina might be done in the 90 Day Fiancé franchise, but many viewers believe Caleb could have a future with the network. Caleb promoted the Before the 90 Days season 5 Tell-All and appears to have befriended several cast members. Many of the season 5 cast members voiced their disappointment at Caleb not appearing at the Tell-All, as he appears well-liked among his cast members. Meanwhile, he has befriended franchise regulars David and Annie Toborowsky. The threesome hung out in the last week in Scottsdale, Arizona, and have also been photographed together in the past. Caleb enjoys sharing images of his past travels and recently spent some time in Las Vegas with friends.

What’s next for Caleb after Before the 90 Days? Some viewers are hoping that Caleb is cast on 90 Day: The Single Life. Since Caleb is single and had his televised relationship with Alina cut short due to her behavior, some 90 Day Fiancé fans want to see him continue in the franchise. While Alina has called out TLC for firing her and allowing Mike Berk to stay, Caleb appears to be friendly with the network. Therefore there is a good chance that Caleb’s 90 Day Fiancé franchise journey didn’t end with 90 Day Fiancé: Before the 90 Days season 5.

90 Day Fiancé: The Heartbreaking Reason Why Jasmine Wears A Wig

Emma Fischer is a dog-enthusiast who holds a BA in English Creative Writing. You can visit her website at www.emmapolini.com.