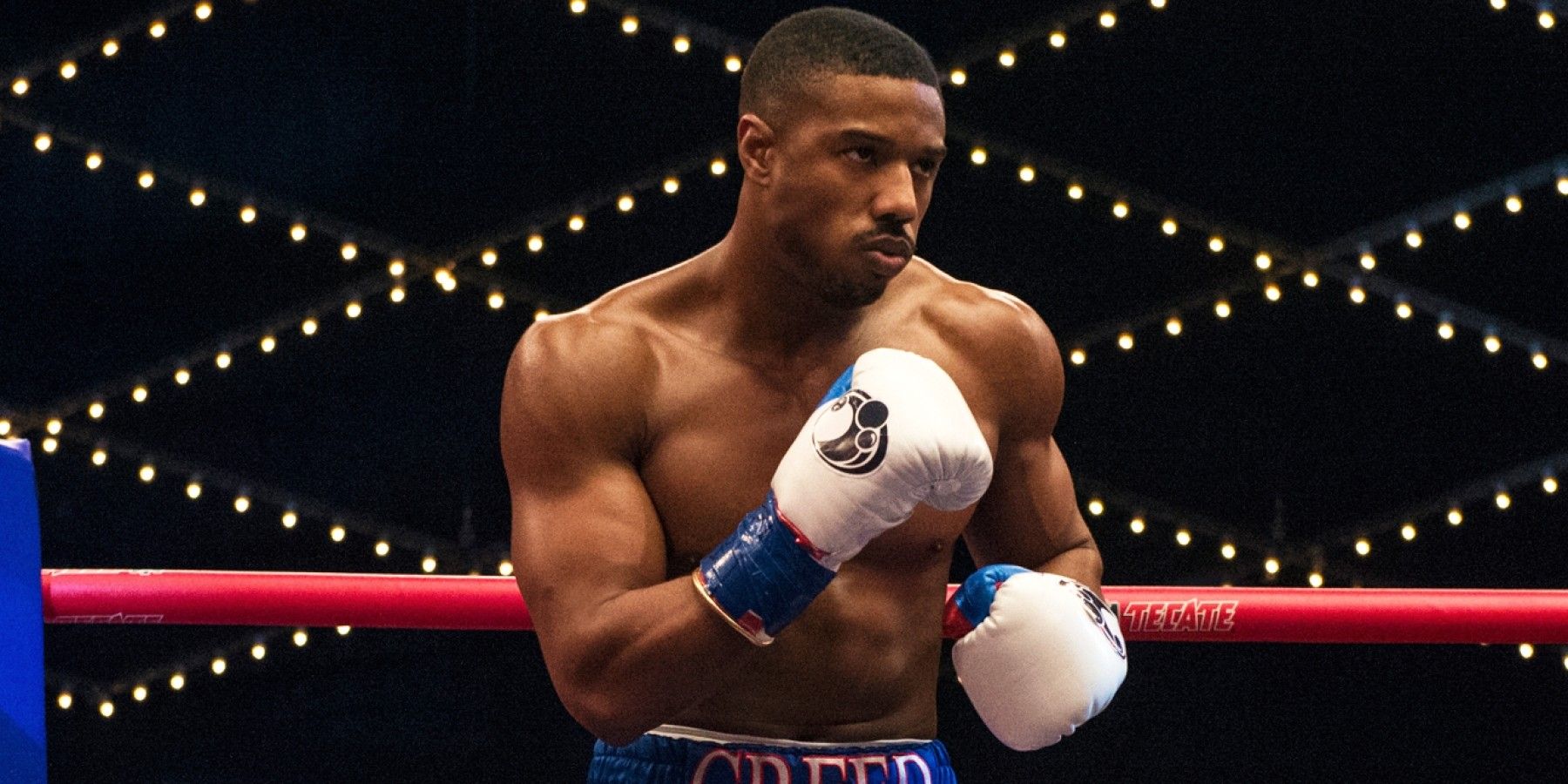 New Creed 3 set photos show Michael B. Jordan’s return as Adonis, as the actor prepares to make his directorial debut with the upcoming sequel.

New Creed 3 set photos reveal Michael B. Jordan’s return as Adonis. Jordan first portrayed the character, son of Apollo Creed, in 2015’s Creed. That film saw Adonis become the new lead of the franchise, training alongside Rocky Balboa as he pursued a professional boxing career. The first two Creed films have been successful critically and commercially, setting the stage for a third installment in the series. In addition to starring, Jordan is also directing Creed 3, marking his debut behind the camera.

Creed 3’s release date is set for Thanksgiving 2022, and recently there have been signs of production starting in the near future. Back in the fall, Jordan was training for his Creed 3 return, indicating he was gearing up for the cameras to begin rolling soon. It would appear principal photography has commenced, as the actor and director has now been spotted on the set.

Daily Mail shared a couple of images from the Creed 3 set, showing Jordan in Atlanta for filming. The photos themselves aren’t the most revealing in terms of story or character details, as Jordan is just standing on the sidewalk, but they do indicate production on the anticipated sequel has started. Check out the images by clicking on the link below.

With Creed 3 filming now underway, it will be interesting to see if any more images or videos from the set are shared. Glimpses of Jordan shooting scenes with co-stars like Tessa Thompson and Jonathan Majors could shed some light on the Creed 3 narrative and give audiences an idea of what Jordan is aiming for as director. Viewers could also be on the lookout for a possible Sylvester Stallone cameo. The Rocky legend has said Creed II is the last time he will play the Italian Stallion, but until Creed 3 is released, there’s always a chance he shows up again to offer Adonis some support. A case can be made the Creed series no longer needs Rocky, but Rocky and Adonis’ dynamic is part of what makes the movies special.

Creed 3 is following a similar production timeline to its two predecessors. The first Creed filmed from January – April 2015 before releasing in November of that year. Creed II filming ran from March – June 2018 and came out that November. While it’s always possible Creed 3’s release date could be moved (especially with the unpredictability of the pandemic), right now Jordan and his team seem to be on track to meet a November 2022 premiere. It will be exciting to see what he brings to Creed 3 as a director, using his past experiences to craft an intimate story. Hopefully it’s another hit for the long-running franchise, opening the door for even more sequels.

Next: Every Upcoming Movie Sequel In 2022

Marvel’s Greatest Avenger Ever Just Got A Massive Power Upgrade

Chris Agar is a news editor for Screen Rant, also writing features and movie reviews for the site as one of Screen Rant’s Rotten Tomatoes approved critics. He is a graduate of Wesley College’s Bachelor of Media Arts and Master of Sport Leadership programs. In 2013, Chris was hired to write weekly box office prediction posts in conjunction with the Screen Rant Underground podcast’s Box Office Battle game and his role expanded over the next few years. In addition to covering the latest news and hottest movie topics daily, Chris has attended numerous media events for Screen Rant, including San Diego Comic-Con, delivering content his readers care about. He credits Star Wars and Toy Story with launching a lifelong fascination with movies that led to his career, and now he has a wide range of cinematic tastes, enjoying the latest Hollywood blockbusters, Oscar contenders, and everything in between. Chris’ favorite film genres include sci-fi/fantasy, crime, action, and drama.