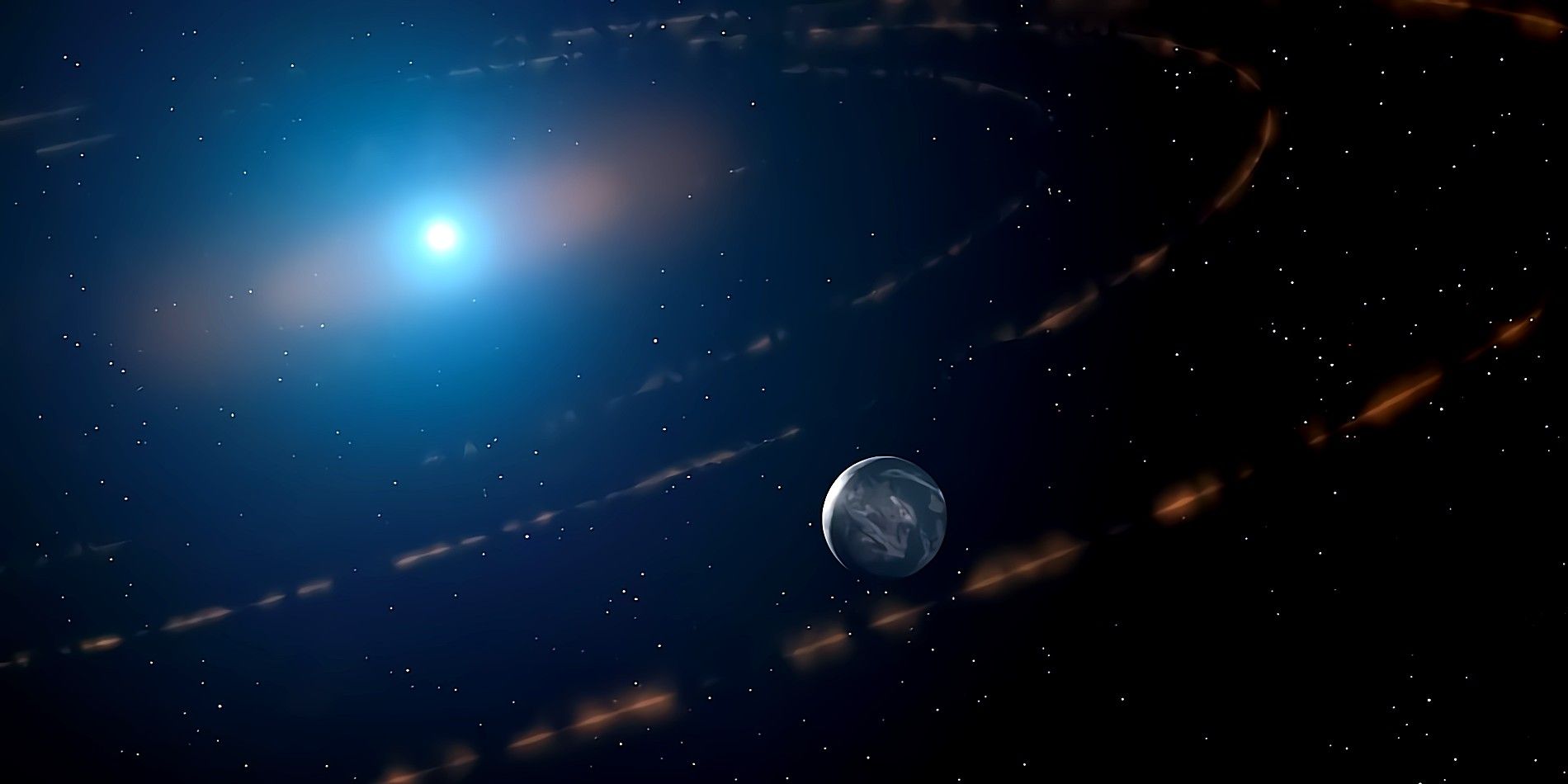 Astronomers report signs of a planet’s existence living in the habitable zone of a dying star, posing possibilities of life-sustaining conditions.

Scientists have spotted signs of a planet around a white dwarf at a distance in space where the planet can harbor liquid water on its surface and potentially support life. In December last year, scientists detected a planet orbiting a white dwarf for the first time. Named WD 1586 b, the Jupiter-sized world was observed orbiting the dying star in the Draco constellation some 80 light-years away from Earth. The finding was remarkable because it led to speculation that a planet can survive the fiery evolution of a star into a red giant before it shrinks to become a white dwarf.

The planet in question was spotted so close to its dying star that it takes only about 35 hours to perform a complete circle around it. Mercury, the world closest to the sun, takes 88 days to do so, for comparison. Research suggests that the Earth might not survive the sun’s evolutionary transition. When the sun eventually turns into a red giant and swells dramatically, it is theorized to consume Mercury, Venus and the Earth, leaving nothing but a scorched mass. And that’s what makes the latest discovery even more interesting since the signs of planetary activity have been detected in a dying star’s habitable zone.

Related: These Mini-Neptunes Are Changing From Puffy Planets To Super-Earths

An international team of scientists has published its findings in Monthly Notices of the Royal Astronomical Society, detailing clouds of planetary debris orbiting a white dwarf with a 25-hour revolution period. The planetary debris includes moon-sized objects, but unlike regular planetary moons that are spherical and solid, these had an irregular shape and resembled comets with their dusty nature. However, the real surprise was the fact that these planetary debris bodies were arranged in a very coordinated geometry because they dimmed the light coming from the white dwarf at a fixed interval of 23-minutes. This precise movement of debris suggests that they are bound to a planet’s gravitational field that keeps them all in order. But it is worth mentioning that scientists are yet to see the planet itself, primarily because the white dwarf it orbits is quite dim in its dying phase.

Can A Dying Star Support A Living Planet?

“Without this influence, friction and collisions would cause the structures to disperse, losing the precise regularity that is observed. A precedent for this ‘shepherding’ is the way the gravitational pull of moons around Neptune and Saturn help to create stable ring structures orbiting these planets,” lead author of the study, Professor Jay Farihi from Physics & Astronomy department at University College London, said. Another exciting aspect of the discovery is that the yet-to-be-seen planet lives in the star’s habitable zone. NASA explains a habitable zone as the lucky distance from a star at which a planet’s surface can host liquid water. Earth is the only planet in the solar system that rolls around in the sun’s habitable zone.

The white dwarf in question is WD1054–226 and is located about 117 light-years away from Earth. The habitable zone of a white dwarf is much closer to the star because it is a lot less balmy than a typical star like the sun. While this is the first time that signs of planetary existence have been spotted in a white dwarf’s habitable zone, the possibilities are even more exciting. For example, can a planet moving around the habitable zone of a white dwarf still harbor liquid water? Can a world preserve life-like conditions after a star goes through its red giant phase and then slowly starts dying? More importantly, can life sustain on a planet circling a dying star?

Next: We May Have Just Found The First Planet Outside Of The Milky Way

The Family Chantel: How Nicole Jimeno’s Look Has Evolved

Nadeem has been writing about consumer technology for over three years now, having worked with names such as NDTV and Pocketnow in the past. Aside from covering the latest news, he also has experience testing out the latest phones and laptops.
When he’s not writing, you can find him failing at Doom eternal.